Ask any seasoned bodybuilder and they’ll tell you straight out that a bodybuilder needs these elements to succeed: great work ethic, dedication, a big appetite, and some damn good genetics. It’s a recipe that can create some real greatness. When you consider a bodybuilding champion like Phil Heath, you realize that he pretty much has all these elements and it has carried him from being a fledgling college basketball player to the number one bodybuilder in the IFBB.

Though a lot of merit should be given to those who use hard work and dedication to achieve their physique, without the genetics it’s unlikely that someone will end up looking like an Arnold Schwarzenegger. But when that hard work is coupled with great genetics, magic can happen. It’s what makes people believe a man like Calum von Moger is perhaps one of the best bodybuilders out there. He has proven to be able to build a more classic physique and has looked more and more impressive as the years go by. 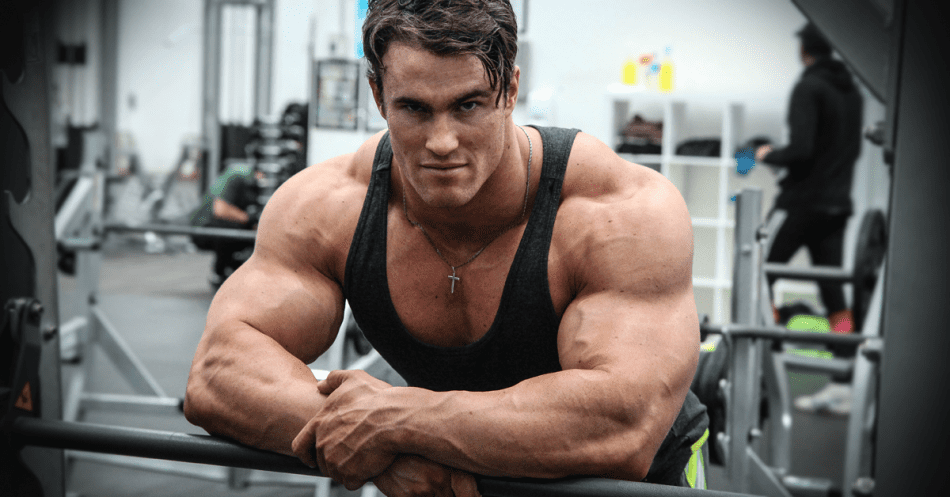 No doubt dedication to a strict regimen is what brought him all his shredded gains, but genetics definitely had to play a role. Don’t think so? Then we’re guessing you haven’t seen Calum’s younger brother Eddie. Take a look at the pic below and see just how important having the right DNA is to becoming a superior bodybuilder.

For those who are wondering how I went at my comp the other week… not that great cos I rocked up late!!! And I missed my event :/ But this was my condition @ 1 day out #wasshredded #dontbelatenexttime #disorganisedmess #dontbelateforyourlife #illbeback

Here he is squatting some serious weight:

Was pretty happy to get my max squat this morning @stronggeelong, didn’t really expect to get it but 190 was actually easier than I was expecting! ? same goes for my 200 kg #deadlift on Wednesday, which isn’t that much really but it don’t bother me. #chalk. Keen to get that number up! Didn’t quite get the bench I was hoping for but hoping to crack it in about 5 weeks. Thanks @kerryn7688 for getting me up and out there to #stronggeelong the last few mornings, the footage and the support! Glad you got some pb’s too ??? and thanks @tysonmorrissy for spotting me on this #1rm ? I’m gonna add 20kg to this in 5 weeks. I ain’t no beta male ? A video posted by Eddie von Moger (@shredvonmoregainz) on Nov 13, 2015 at 5:10am PST

Looks like Eddie is following in his brother’s footsteps and looking to be a successor to the great Schwarzenegger as well. At only 20 years of age, Eddie has many years ahead of him to build a championship level physique and should he choose to compete, we like his chances.