BroScience Guide On How To Complete An 8 Hour Arm Workout

Most of you are aware of the infamous 8 hour arm workout by now. If you aren’t, simply read through any comments section on a Broscience Facebook post. Now I’ll be the first to admit this, I have not watched the video nor have I actually read about what an 8 hour arm workout consist of. So I’m going to use a bit of imagination to give you a step by step guide on how to perform this wondrous workout routine. I’ve spaced this out into two separate articles so it doesn’t take you 8 hours to read.

So without any further delay, here’s my version of the DJ Slick Ricky Little Pricky 8 hour arm workout. 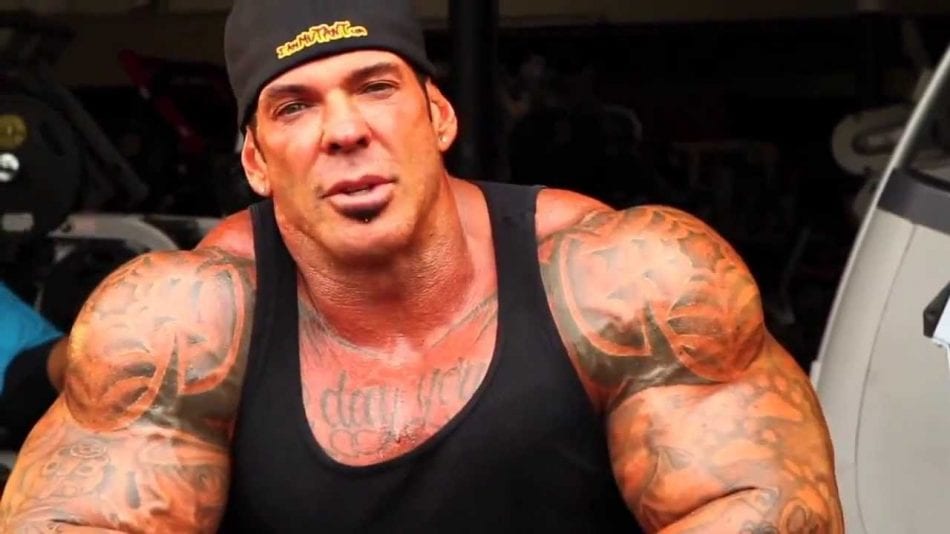 Hour 1: Curls for the girls.

After the 30 minute mark you are gonna start to feel your biceps getting tired. So what you are going to wanna do is grab a straight bar, duct tape two midgets of similar height and weight, one to each side, and light that shit on fire. (The bar that is, not the midgets. Get fire retardant midgets if you can. Also I’m aware “midget” is not the politically correct term for little people, but midget is the brand name of the dwarf weight lifting gear you should be using.)

After you have exhausted your leprechaun lifting apparatus you should move on to machine curls. And by machine, I’m referring to industrial diesel powered dildo’s. (Dildoes? I never had to pluralize a fuck toy before.) I’d say if you can, go with the Jackmaster 9000 as it has the most torque. If you don’t have a couple of those lying around in your gym (And why the fuck wouldn’t you?) I suppose you can just settle for the Vag-Blaster 6. It’s not as powerful but it gets the job done. Anyway, grab the handles of the machine firmly, turn it on full genital destruction, and get to curling. Pro tip! Use the clit sander function to work the triceps during the curl. (Knob tugger if you have the male version of the Jackmaster 9000.)

Hour 2: Pulldowns to drop the gowns.

Before you start the triceps portion of the workout, you need to refuel. Hopefully you already have your protein shakes ready, but if not, it’s okay. You have plenty of time to mix something together. I recommend vanilla flavored egg white powder, alligator meat, five humming bird hearts for consistency, a pinch of salt, and mix it all in a hollowed out African rhino horn.

You should be plenty energized now! We will start off the triceps part of this workout with tricep rope extensions. Now in order to fully benefit from this exercise you are going to need a rope made from Native American hair. I prefer Cherokee hair as I find Navaho to be a bit too greasy for my liking. You can usually find the hair at a local wig shop or you could contact a barber who

works out of an Native American reservation. Aim for 30 sets to failure using the whole stack. If you can’t use that much weight just simply take a quick protein break and you should be just fine.

After the rope extensions you will move on to skullcrushers. You can use watermelons in place of human skulls if you don’t have a graveyard or science center nearby to retrieve the proper specimens. Watermelon can be quite messy though so i highly recommend the skulls. For some reason though most gyms no longer allow this type of exercise anymore. Something to do with ethics and morality or some shit. As a matter of fact you might just want to skip this exercise as the legal repercussions can severely inhibit your gains. Just do some pushups instead… with Gary Busey standing on your back. If you can’t find Busey for some reason you can substitute him with Nick Nolte.

Hour 3. Fap attack to get the girls coming back.

Time to refuel again. You will need some carbs by now so mix 12 shots of Jack Daniels with a wad of wet newspaper clippings. (I recommend the New York Times. It’s great in wad form.) Also for another boost of energy you will need to take a few quick hits of meth. Just a few though, you don’t want to be too beastly as you still have much time to go.

The third hour is the perfect time to do some forearm work. In order to work some of that lactic acid out of the muscles while simultaneously increasing testosterone levels you will need to fap like you’ve never fapped before. Now before you you start giving your fleshy gooseneck the ol’ five knuckle shuffle, you will need to find a quiet corner of the gym. As much as you want to have witnesses to the beating of your one eyed man-daconda, it’s probably best to perform this exercise in private. I recommend near the squat rack.

In order to maximize your forearm gains you should beat your love pickle faster than Ronda Rousey fighting a Brazilian. You should aim for as many sets to failure as you can in a 45 minute time period. Make sure to switch hands after every set. Also, don’t be a savage, collect your man juice in a shaker cup or a water jug, depending on fluid output of course. Spend the last 15 minutes of this hour applying Icy-Hot to your now strained cooch froster.

Hour 4. Shoulders that will unleash her lady boulders.

Well it’s top of the hour, you know what that means. Another hefty dose of protein! Luckily you spent the last hour making a fresh batch. You should at least have a few quarts. You may be asking yourself, Is that vegan though? The short answer is, gains. Let’s move on shall we.

Grab a barbell, go to the biggest guy in the gym, and club him over the head. Now pick up his unconscious body and heave him up in the air, catching him in a military press position. Now do as many reps of shoulder presses with this possibly dead man as you can before somebody calls the cops on you.

No doubt somebody has called the cops on you by now. Don’t worry, this is a good thing. Sneak out of the back door, put on a Hamburglar costume, (Always pack a Hamburglar costume in your gym bag.) and steal the cop car while the officers are inside the building investigating.

Drive the cop car to the nearest Burger King and run inside screaming at the top of your lungs. Hurry up and do a handstand against the counter and begin doing handstand pushups. Inevitably a manager will try to put an end to this nonsense. You grab that bitch and throw him (or her) in the torture rack until they tap out. Proceed to steal all the hamburgers in sight. (You are dressed as the Hamburglar after all.)

You know, that all might take more than an hour. I guess you could just do some presses, lateral raises, and rear delt exercises for an hour. Maybe don’t drink the quart of your own man gravy either. As a matter of fact you probably shouldn’t do anything I said for hour 4.

Eat some meat and lift heavy shit for an hour. Inject synthol into all parts of your arms. Maybe inject a little into your dick head too for good measure. Also avoid murdering anyone to get gains if possible.

Once you complete the first half of the 8 hour arm workout I’m quite sure your arms will be ready to explode with gains. Once I drink many more beers I’ll get right on creating the second half of this workout. Until then, get gains or die trying.