In recent articles, we’ve been talking about the alleviated steroid usage, that started taking place in the early 1990s.

Bodybuilders started paying more and more attention to peformance enhancing drugs and an era of mass monsters quickly rose up.

As the demand for steroids grew, so did the offering, which, in some countries like the UK, became quite an epidemic.

Men’s Health editor Robert Hicks himself isn’t afraid to admit that it is becoming dangerous at this point.

“What’s staggering is that when you type ‘Buy steroids UK’ in Google, there are over 4 million results. It’s so easy to buy. It’s just like buying any new supplement. I can just click ‘add to cart’, then ‘place order’ and there you go, steroids.”

Officially, there are more than 60,000 steroid users in the UK. Unoficially, they are probably more than 15x that number, at one million.

Statistically, 1 in 30 men uses or has used performance enhancing drugs.

Furthermore, it has kind of become a part of the culture, as regular trainees claim they have seen people do it in the gym, in plain sight.

Robert Hicks mentions that he has seen people of all kinds using steroids.

Mike, a 34 years old independent financial advisor, is open about his steroid usage. 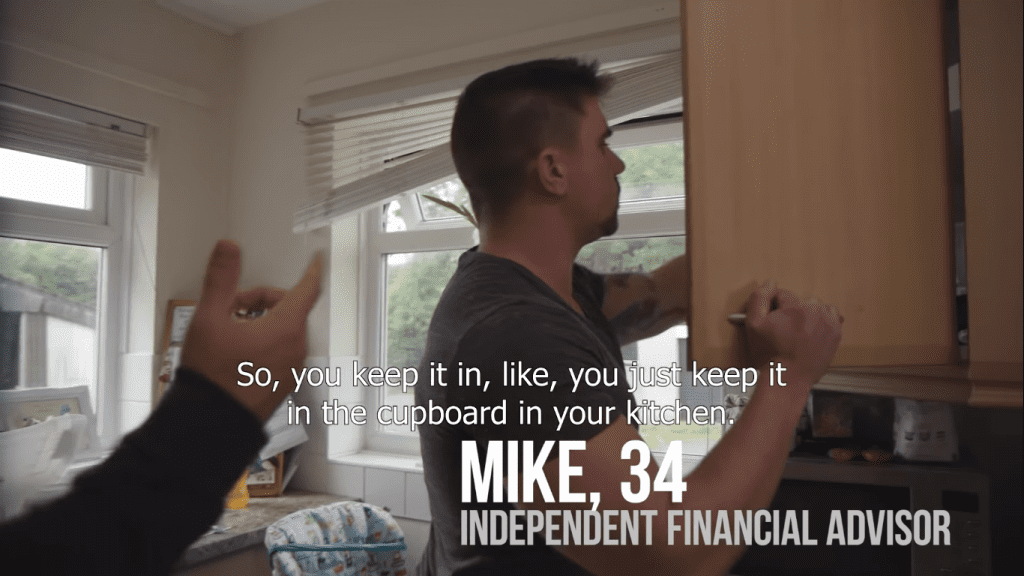 Mike uses fat burners as well as testosterone propionate, to shed off excess fat, while maintaining and shaping up his well-built musculature.

Generally, the mechanism of addiction is the same, whether we’re talking about alcohol or steroids – You get addicted to the substance, as well as the effects you’re getting.

When the individual starts seeing quick improvements in strength and endurance, there comes a massive motivation.

Your attitude towards training and eating changes, you become more consistent and all of that pushes you to doing more steroids.

Not many people realize that looking, performing and feeling well, should be a matter of creating a sustainable plan and sticking to it in the long term.

Fact of the matter is that many people prefer the “easy way out” and go for steroids, but ultimately, it results in a regress of the physique and in some cases, injury, health issues or even death.

“You can achieve a good physique naturally, it just takes longer. And you know, it’s hard work- Eating right month after month, year after year, exercising correctly. Looking after yourself is a full time job. I think that’s why many people want to take the shortcut – Because they see so many people that already look like that.”

However, unlike other addictions like alcohol, cigarettes and recreational drugs, there is no enjoyment to steroids.

Mike, who we mentioned about above, admits the same thing:

“I can’t say I enjoy it. There’s nothing to enjoy about it. You just stick a needle up your arse.”

Doctors in the UK are completely aware of the situation that’s going on in the fitness community.

That is exactly why they are open to help people who want to do steroids.

In doing so, they minimize the damage done onto the individuals and pretty much educate them on how to use everything safely.

Needless to say, as educated and safe you are, the side effects like hair loss are inevitable most of the time.

For some people, there’s even a manifestation of aggressive behavior, due to abnormally high testosterone levels.

For the most part, you can’t stop people from using any kinds of drugs, but you can properly educate them on the how-to, as well as the effects and side effects.

In doing so, they will ultimately be able to take the best decision for themselves.

We do NOT encourage the use of any performance enhancing drugs, which is exactly why we have created a FREE muscle building plan, which you can download by clicking HERE.

Also, do not forget that if you need individual attention, we are here to help you – If that is the case, leave a comment below or contact us!

Check out the video to learn more about the situation in the UK, from actual steroid users.