Pictures in this news article are not related to the incident. 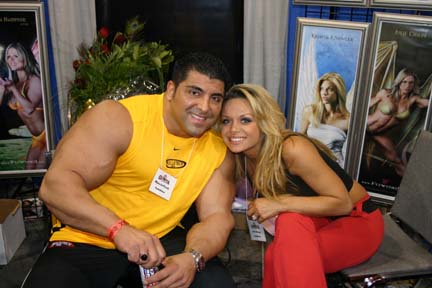 This incident happened in Tampa Florida and was reported to the police.

A young male bodybuilder 27 years of age was engaged to a woman with an upcoming wedding next summer did a really bad mistake. His girlfriend was out of town with her father exploring job opportunities while her boyfriend invited her mother(girlfriends mom) home for dinner. Things got quickly hot and heated and they ended up having sexual intercourse and she spent all the night with him, little did they know that the father and daughter arrived early home on a Wednesday morning at 7 am when the original plan was to be home at 13 pm. Needless to say the girlfriend walked on his boyfriend and mother sleeping in her bed while her father was wondering were his wife was. The father who is a trained MMA fighter got a call from his daughter and she told him what she just witnessed, the father went to their house and beat the crap out of her boyfriend and left him with 2 broken arms and beat him several times in the face so he passed out.

He went on a rampage and slapped his wife as well several times and kicked her in the stomach so she was left on the floor vomiting. The father is now facing charges for domestic violence and is faced with a 2 year prison sentence. A few days later the boyfriend came home from work and his apartment was completely destroyed, every window in his house was shattered and the inside of the apartment was a complete mess. It has not been proved(at least not yet) but most likely the father or his daughter destroyed his apartment. Needless to say this was a mistake that this bodybuilder won’t forget and probably won’t make again.