So we got this story sent to our inbox and the individual who submitted it asked us not to mention his name. This is a young gentleman 24 years of age who submitted the story and here he tells us how bodybuilding saved his life after a brutal breakup.

So here it begins.

I had been in a relationship with this girl for 4 years I thought I was going to marry her, she was the perfect girlfriend. We also had the same hobbies like training, travelling and it was the best relationship ever(or so I thought).

I am a relatively big guy 6 feet and when I’m lean 8% bodyfat I’m about 190 pounds, I aim to look like the oldschool physiques and I was definitely getting some great feedback for my physique. I decided to do a dirty bulk and went up to 220 pounds I was definitely sloppy, fat and did not looked like I lifted at that point but I was definitely strong with a lot of muscle under those layers of fat. In the middle of my bulking phase I found out that my girlfriend had been having sex with some other guy , he was a good looking skinny tan boy. The reason she gave me was “You are not the same person, I feel like we are not on the same road as you were when I first met you and you don’t have money to support a future family ” It was the lowest time of my life I didn’t want to do anything I just didn’t wanna wake up and didn’t want put my clothes on, slept for 14 hours a day,  I lost my job, did probably eat about 800 calories a day for 3 weeks straight. I lost a lot of weight both muscle and fat. My physique looked like shit after that , I looked like a skinny fat non lifter. I got diagnosed with depression and I got really sick. So after 2 months of being depressed and eating shit I woke up one day at 170 pounds and decided I didn’t want to live like this anymore. At that time my girlfriend made fun of me on social media, called me names, told untrue stories about me how much of a loser I am (losing my job, being depressed having a shit physique etc.)

I decided to dedicate my life to bodyubilding, I started training, doing cardio, eating A-LOT and the only thing I did was train, eat and sleep. I was living the lifestyle of a competetive bodybuilder. After 3 months of living this way I was happy with myself, I was finally communicating with my friends, girls were giving me attention and I felt good. On top of it all I got a well paid job, bought myself a new mercedes benz (I had been saving money for a long time prior to the breakup, she didn’t know that). Got myself a new tattoo and at that point I was 200lbs shredded to the bone and I had never looked this good in my life.

I was truly happy with myself and my progress, so one day I was training in the gym and I saw my ex girlfriend with her new boyfriend( the guy she slept with). This was definitely a good looking guy and I just did not care about them I was so thrilled with how my life had changed. I was walking all shredded in my gym singlet to my new mercedes when and my ex sees it. She was definitely Mirin LOL.

One day later I get a call from her saying: ” I miss you so much I think us breaking up was a mistake, can we please meet and talk about this (and some other bullshit I am not going to get into)”

I didn’t say much in my response to her something like this ” I feel good now, I don’t think it’s a good idea” I was really polite to her and didn’t gave her any shit on the phone. She then told me how much an asshole I’ve become and that she didn’t mean anything with that phone call, that she was just messing with me because I am such a loser and that her boyfriend was listening to this and laughing. She even started posting more shit about me on social media telling the world all kind of things about me that were not true.

At that point I had been dating a lot of hot women definitely much hotter than my ex.  I had also booked a flight to Ibiza with my mates and I was living the life like I always wanted so I just didn’t give a shit about her. At that point I was definitely really pissed about her stories that were having impact on my family, some of my family members even believed her stories, she even called my mom on the phone and told her that I cheated, was a drug user and more nasty things.

1 Week later I get another call from her crying and telling me that she broke up with her handsome skinny boyfriend and told me we needed to meet up. I then decided to do something controversial. I said ” Yeah sure lets do it, let’s meet at the coffee shop” 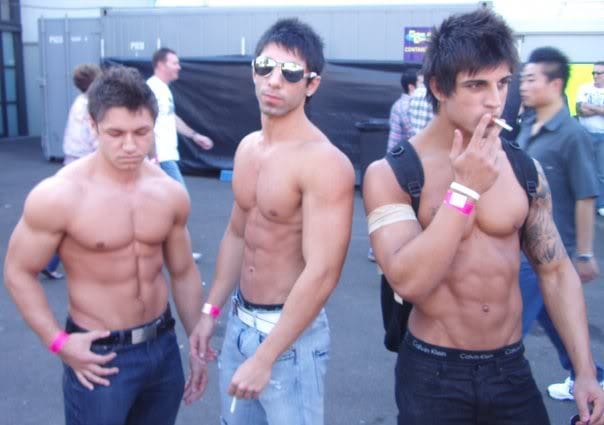 It was the same day as I was going to Ibiza with my mates and this bi*ch had been giving me shit for too long. I know that my ex hates cigarettes, she also hates the type of guys that have tattoo’s, wear snapbacks, wear singlets and have sunglasses. So I went on and bought a singlet that showed my half-sleeve very well, a pack of cigarettes and the most douchebag sunglasses I could find. So I put the singlet on, a snapback, the sunglasses and arrived quite early to the coffee shop . When she came in her most fancy clothes wearing perfect make-up I was sitting outside of the coffee shop in my singlet, with my sunglasses smoking a cigarette. I gave her a letter and told her ” I just can’t remember all the things I wanted to say to you and how I feel about you, so please accept my letter” In the letter I wrote “Go fu*k yourself bit*h”

After I gave her the letter I rushed to my mercedes and I saw her opening the letter, I was inside my car at that point , her reaction was priceless, She tried throwing a coffe mug at my mercedes but she missed, So I used all of the 300 horse power in my mercedes and drove into the sunset and ended up having the greatest time of my life in Ibiza. At that point I knew I had won.