This bodybuilder is 310 pounds, 45 years old and has been taking steroids since he was a teenager
Skip to content
Share4K
Tweet
Pin
4K Shares

Rich Piana has always been a man of excess. He has to overdo everything. He has massive houses, eats ten meals a day and is a walking monster.

This is after years of using steroids and using it to such extremes that fellow Youtubers have begged him to stop.

He knows what the risks are and always discusses them on his own channel, but he is happy with the path that he is on. 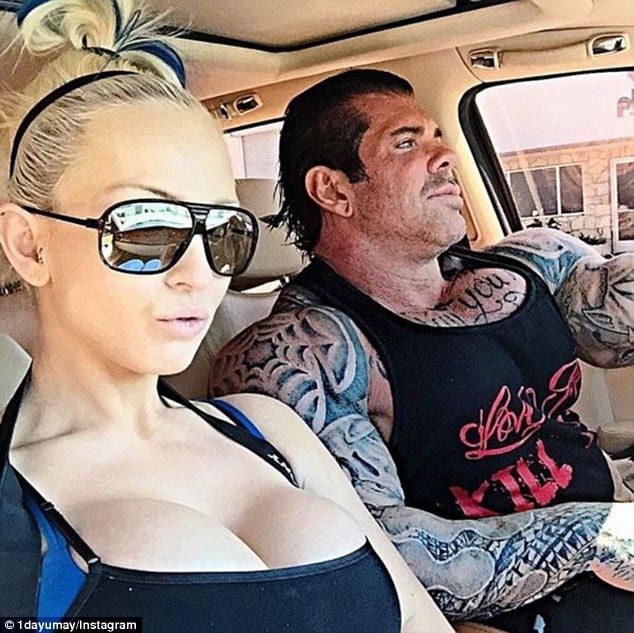 His slogan for his supplement company is “Whatever it takes” and it really is fitting. His mother was a bodybuilder in Los Angeles when he was born and Rich would go to the gym form a young age to watch her train.

It was not long after that he started training himself and competed for the first time when 15 years old. He did not place in that competition. 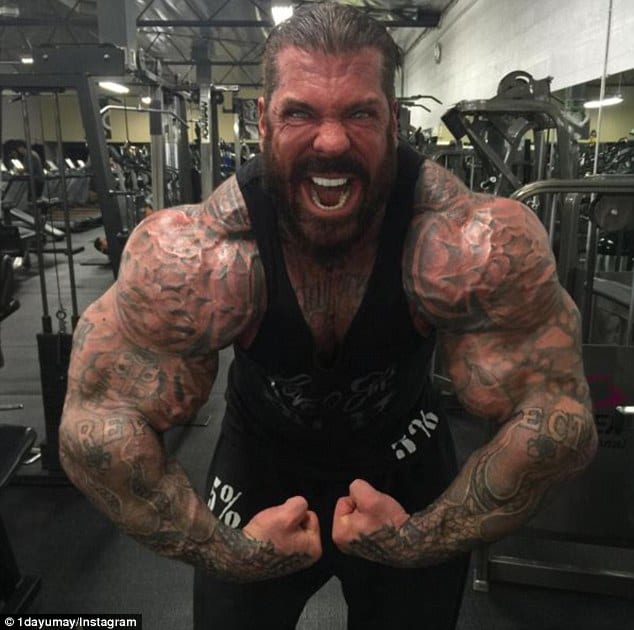 After numerous more failed competitions, he decided to start using steroids and has been using them ever since for the last 27 years. He even shows his drug taking schedules on Instagram.

‘But if you want to become a professional bodybuilder, guess what? You’re probably going to have to f***ing do them, you’re not going to have a choice. That’s the boat I was in. 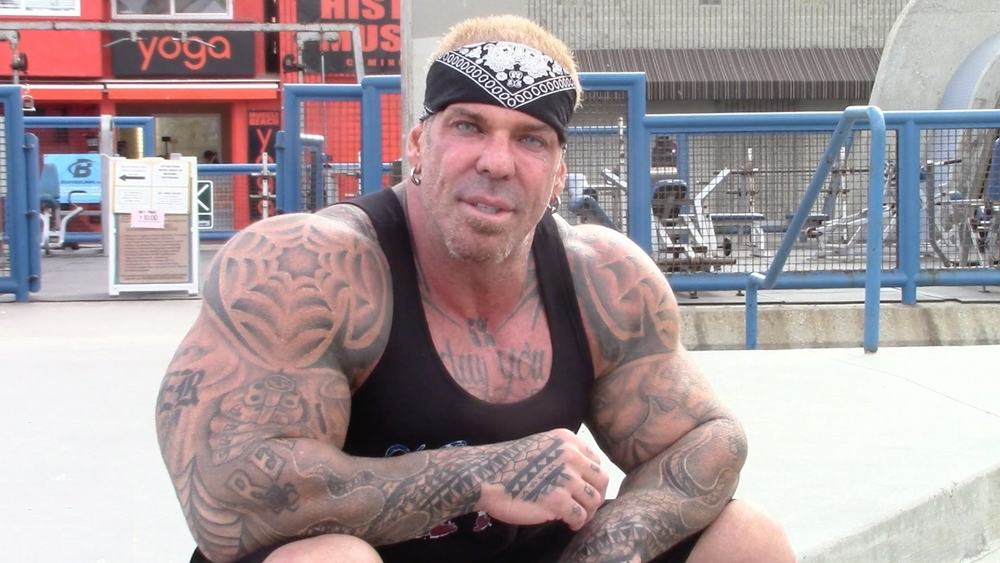 ‘I was competing on stage and I was getting to the point where I was getting blown off stage if I wasn’t going to do steroids, so I took that step.

‘But you know what? I’m happy with everything I chose and happy with the way that everything went in my life and I would not have done anything different.

‘I’m completely happy with the choice that I made to start taking steroids at an early age of 18.’

Since his youth, he has won a number of competitions. When he was competing, he would spend up to $2,500 per month on steroids.

He no longer competes, but he still stays in great shape for his Youtube channel and his supplement company.

He recently embarked upon a four month program called Bigger by the Day in which he gained over 30 pounds of pure muscle.

Pianbce is a favourite among a group of bodybuilding fans thanks to his refreshing honesty when it comes to topics like steroid use.