Funny bodybuilding story – (must read till the end)

I was about 7 and I was used to play with a neighborhood girl. We played everyday and she always had bruises on her. On day she tells me her father abuses her and tells me to tell no one because her father will hurt her. In high school she turns into the school slut and she doesn’t come to school half the time. She starts to do a lot of hardcore drugs. One day she disappeared, I rode my bike all around the city looking for her, literally checked every spot I could think of. 5 months later I run into her on the street. She is very pale and her hair is a mess, she looks like she lost about 40 pounds and tells meshe needs money. I don’t give her any and I try to talk her into going to rehab. She yells at me and storms off.

At this point in my life I was really into lifting and I never missed a workout. 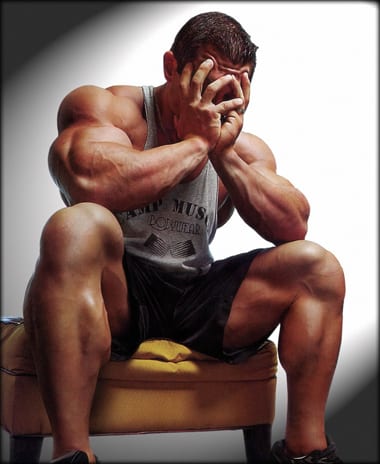 I talked to one of my gym bros that I went to high school with, he tells me she turned to prostitution. It breaks my heart, looked for her once again, no luck. About 1.5 years later, I was still lifting, I run into her on the street. She looks even worse than the last time. I hate to see her like this so I ask her to a movie and dinner. She agrees most likely just so she can get something to eat. We go to dinner and see the movie, I try to talk her into rehab once again. She calls me a piece of shit and then leaves. 3 days later I accidentally miss my workout due to being busy.

Gym bro calls me the same day, tells me she had been stabbed to death in a hotel room by a drunken customer. I drop to my knees and cry, pounding on the ground in anger.

I drove to the liquor store and got really drunk while driving.I drove to a secluded spot in the woods. From my car I got a rope and fastened it around a tree branch, tied it around my neck and stand on the hood of my car, about to jump. Realized that I need serious help. I slept in my car until I sobered up. I drove to my fathers house and explained him that I tried to kill myself. There were lots of tears and crying.I told him why though.

He begins yelling and telling me that Im a fucking idiot and he has never so disgusted in his entire life. Asks me if I think its a big fucking joke. I checked myself into the hospital, the nurses marked me down as suicidal. Eventually they released me after a few days. Years passed but the pain is still there. I constantly wonder what could have been. I eventually get closure but feel there is still a hole in my heart. I wake up some days feeling extremely depressed.

I can never forget about that workout I missed, always wonder if my gains will recover.