The Arnold Schwarzenegger diet and workout plan was intense.

If you are anything like me you are really interested to know what kind of diet plan and workout program Arnold Schwarzenegger followed when he was training in the ’70s for Mr. Olympia.

Most of us have seen the documentary Pumping Iron .

In that film, we saw Arnold Schwarzenegger prepare for Mr. Olympia in 1975 among other bodybuilders such as Lou Ferrigno, Serge Nubret, Ken Waller, Franco Columbu, Mike Katz, Ed Corney, and more. 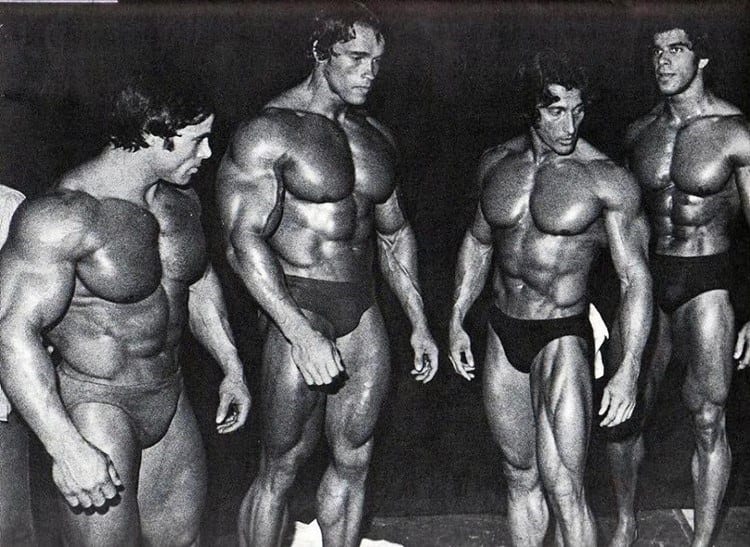 In this documentary, we get a glimpse of how they train and we know they trained really hard back then.

Of course, we want to more know about how Arnold and the golden era bodybuilders trained, because all of them had an aesthetically pleasing physique.

I actually was surprised when I found out that Arnold followed a low carbohydrate, high fat, and high protein diet.

Which is unlike the diet protocols professional bodybuilders use today.

We will go in further detail on what foods Arnold ate to fuel his body and build muscle mass.

It’s no secret that Arnold used to train two times per day consistently.

Many wonder what kind of exercises he did, what kind of foods he ate, what supplements he took, and what steroids he used.

In this article, we will cover all those subjects.

The truth is that Arnold worked really hard to build up his physique.

His physique is still celebrated today and he had a very aesthetically pleasing physique despite having a lot of muscle mass. 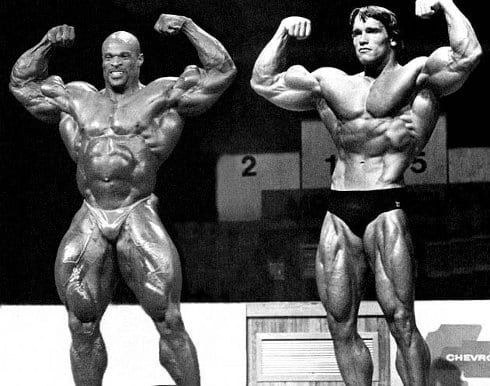 Arnold Schwarzenegger was different than today’s bodybuilders, he had better proportions and could do a vacuum pose easily.

Which is definitely not the same as the top bodybuilders in the game today.

He had a huge chest, tiny waist, big shoulders, and gigantic arms.

Arnold is born and raised in Austria and is the first bodybuilder to make a successful movie and political career coming from the sport of bodybuilding.

Arnold Schwarzenegger Diet in the 70’s 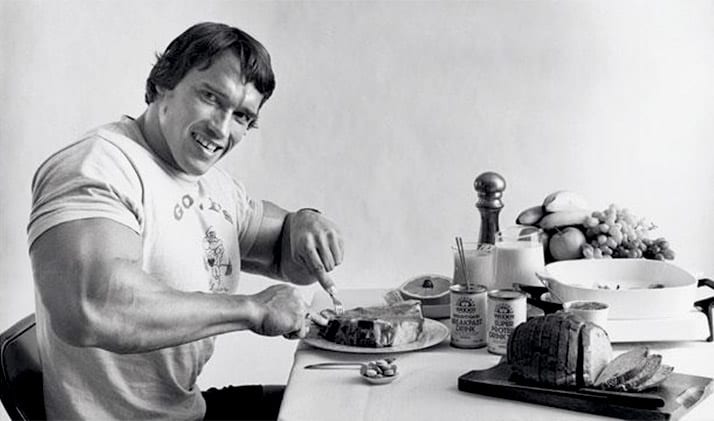 I always lived off the rule that for every pound of body weight, I needed one gram of protein.

Arnold ate about 5 times a day and he says in one of his videos that he was not a big eater.

He was easily satisfied with a medium-sized steak.

He chose to eat less more frequently than a few big meals.

Bodybuilders back then did eat a little bit of rice and fruits but generally stayed away from most carbohydrate sources.

However many bodybuilders in the ’70s had cheat days one day a week.

When they ate anything they wanted including pizza, ice cream, cookies, and cake.

What supplements did Arnold Use? 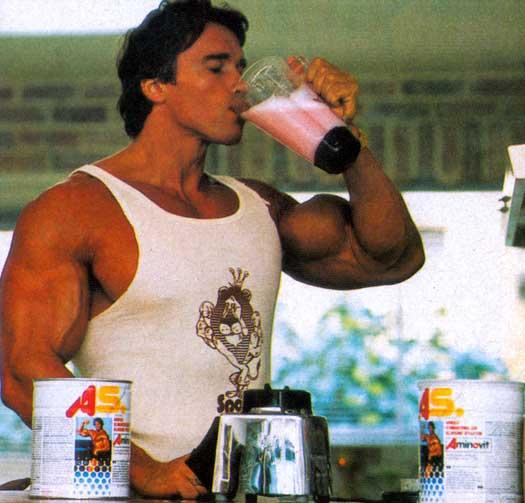 Back in the ’70s when Arnold Schwarzenegger was in his prime there were not many supplements available.

They did not have BCAA’s, pre-workouts, or muscle gainers.

However there were protein shakes available, not in the same quality as we have today but bodybuilders back then used to drink protein shakes quite frequently.

Blair’s protein powder was really popular back then.

It was made out of soy flour and tasted really bad, this was, however, one of the very few options bodybuilders had at the time for protein shakes.

This was really the only muscle building supplement available at the time.

Creatine was not available to the public back then and bodybuilder back then did not use it.

Vitamins and minerals were, of course, available and likely that bodybuilders used them as well. 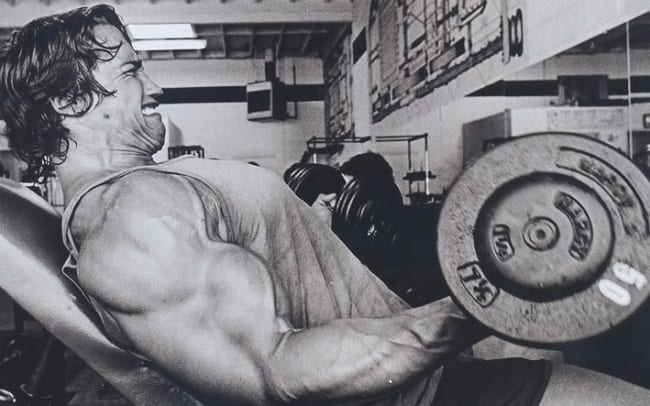 Arnold used to train for hours every day in Gold’s Gym Venice beach.

He trained two times per day and his workout program mostly consisted of compound lifts.

He was a big fan of the “shocking principle”, which means not using the same repetitions and sets week after week.

What he tried to do was surprise his muscle with a different training style every time he went to the gym.

He also believed that you should go all out on every set and not save yourself for the next set.

So he really had no particular workout program with outlined sets and reps, he simply used these exercises below and mixed it up. 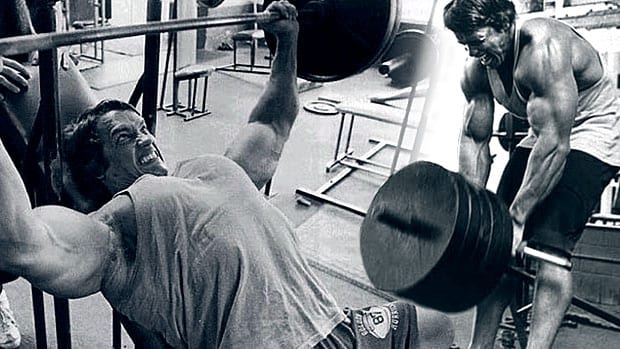 We all know that Arnold Schwarzenegger became a champion bodybuilder and won the Mr. Olympia competition 7 times.

Many wonder how he managed to become a famous actor despite having a foreign accent and having no experience in acting whatsoever.

It’s interesting to know that Arnold says that he used the same principles to learn acting as he did with bodybuilding.

What he means by that is he put the same time into acting as he did when he was bodybuilding.

He knew he had to work hard for a long period of time to learn English better, understand acting, and become successful.

That’s why bodybuilding is such a great sport because of the worth ethic, patience, and success you get there transfer to other areas of your life.

Many people in today’s society think it’s enough to work hard for 1 month in order to become successful.

However, bodybuilders know that it takes years of training, the right kind of diet to sculpture your physique, and become a champion bodybuilder.

Arnold has 6 rules for success:

He used mostly compound exercises to build up his massive physique and practiced the “shocking principle” so he changed up his workouts quite frequently.

Arnold Schwarzenegger manages to use his success in bodybuilding and translate it over on other areas of his life, including acting and his political career.