For many people who follow bodybuilding and call themselves a true fan of the sport, the idea of the entire endeavor rests solely on the idea of improving the physical form. Many fans look on bodybuilders as role models that will inspire them to get to a certain level of fitness that may be currently out of their grasp. There are some who even realize that they may not have the genetics to look like their favorite bodybuilding hero, yet nevertheless they continue to follow the sport and the figures that have spurned such a great deal of inspiration.

One of those truly inspirational figures in bodybuilding is perhaps the most popular and obvious, Arnold Schwarzenegger. He is a man who transcended bodybuilding, taking his career to heights that no one else could have possibly imagined. The Austrian born bodybuilder became a movie star and eventually a politician, something that to this day seems a bit unreal.

With such accolades it’s easy to see how fans could be truly inspired by Arnold. He’s so inspirational in fact that many fans look to him for advice on both bodybuilding and non bodybuilding related issues. Recently the man famed as the “Austrian Oak” during his bodybuilding career proved that he’s not too busy to help out people in desperate need of his help.

This Reddit user had a heart wrenching issue that needed tending to, a problem that only Arnold Schwarzenegger could solve. Check out his post below. 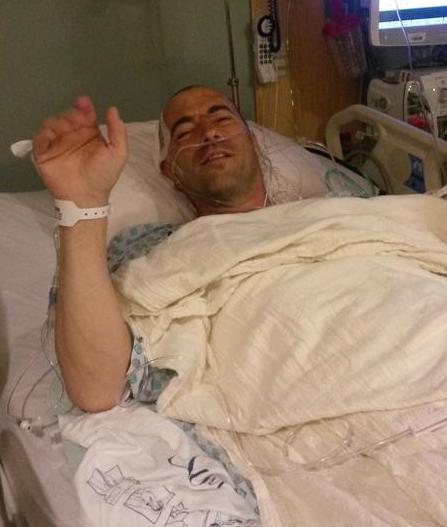 This is Todd the day of his diagnosis and emergency brain surgery.

My brother has severe learning disabilities and autism, but fell in love with the Arnold Schwarzenegger movies as a young man and took him on as an idol. Instead of giving up and letting his life make him blank and sedentary, he decided he would become a ‘bodybuilder.’ He was always lifting in his spare time, and even with his disability, was always incredibly fit and strong. Even though he can’t read or write past a second grade level, he got himself into such good shape that he had a full time job. He worked as a groundskeeper until this spring, when he was diagnosed with terminal brain cancer (glioblastoma multiforme).

He has kept his spirits high even as the chemo and radiation made him weak and bloated, constantly sick, and now needing round the clock care.

I sent an email to a publicity contact I found for the Governor, asking for a personalized picture that I could give my brother for Christmas, but I can only imagine how busy that account is and I haven’t heard back. Can anyone suggest another way to reach him? I want to see my brother’s face light up on his last Christmas morning, and an autograph from his idol is the best thing I can think of.

I completely understand if the mods choose to delete this, it’s probably not directly bodybuilding related, but I figured if anyone knew how to reach out to Mr. Arnold (what my brother calls him) it would be you folks.

No muscles left but still smiling!: 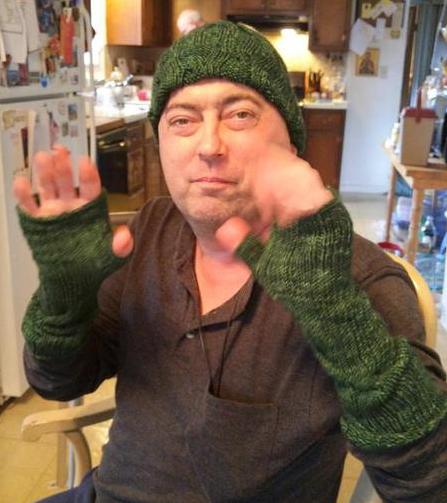 If you were wondering if Arnold got the message then just take a look at the user’s reply.

With the help of Reddit and Arnold it’s great to know someone’s Christmas will be just a bit brighter this year.