So here’s the background story. Back in March the legendary Arnold Schwarzenegger said that the bodybuilding judges need to stop rewarding the freakish look that bodybuilder’s have today. He said nobody will look at the top bodybuilders today and say “I wanna look like that”. The judges need to start rewarding guys with physiques that are pleasing to the eye ,guys like Frank Zane, Flex Wheeler and Lee Haney, those are the guys that people should be looking up to.

The story went viral on our site. Check it out here if you missed it.

So fast forward to June and the current Mr. Olympia Phil Heath responds to Arnold’s comments. He basically says that he’s wrong. You can see his uncensored opinion here.

Now that you have the background story we can move forward to the real story. 4x and current Mr. Olympia saying that King Arnold and 7x Mr. Olympia, had chicken legs.

On his Facebook page yesterday Phil published his uncensored opinion about Arnold’s original comment and in the comment section of that post he was responding to a lot of haters. One of those comments was this: 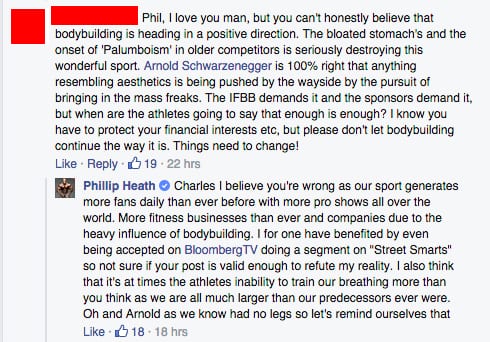 Take a look at a quick comparison of their legs: 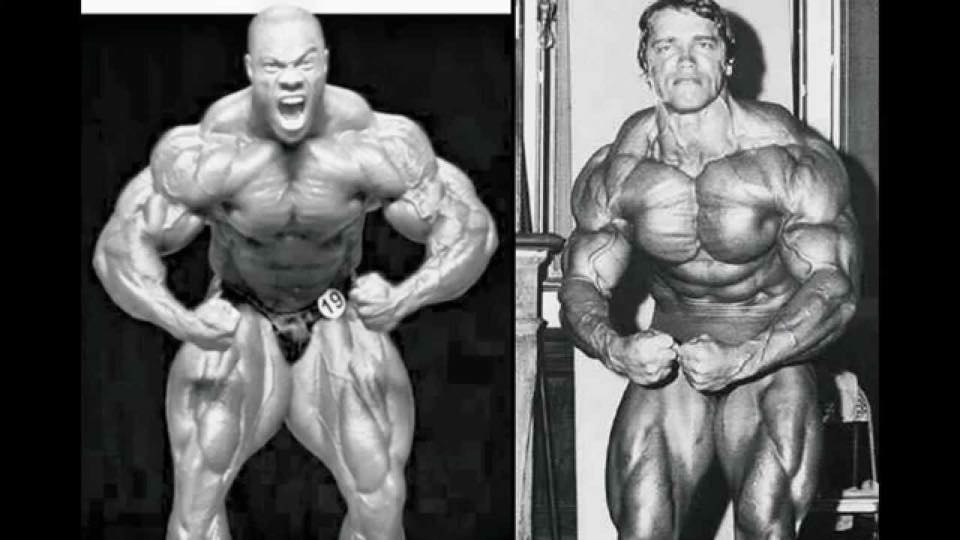 I don’t know about you but Arnold’s legs look pretty big and aesthetic to me. What do you think? Is Phil taking things personally or does he have a good point? Does Arnold’s opinion not matter any more?