After finding out he was the same weight as the lightest girl in his class, this guy managed to put on 42 lbs of muscle in 1.5 years!
Skip to content
Share3
Tweet
Pin
3 Shares

A redditor by the name of situationalawareness was only 110 pounds at a height of 5’7.”

“At the time I didn’t think anything of my weight because I had always thought that was normal; I was a long distance runner for both the XC and track teams during high school and continued to run throughout my undergraduate years,” he explains in a post to Reddit’s Fitness subreddit, “I usually had always hovered around 110 lb. if not lower.”

When he went to the beach, his eyes were opened up to how thin and bony he actually was. The tiniest girl that was there was 5’1” and was the same weight as him. Instead of just piling on the pounds by eating massive amounts of junk food, he decided to start lifting. He became a member of LA Fitness with some of his roommates, but it was only in January of 2015 that he started taking things seriously. “Prior to this, we would just go to the gym 2-3 times a week and try to hit every major muscle group. We didn’t follow any specific program, we just kind of did our own thing.”

Day 3: Lats / Traps / Posterior delts. I try to throw in single leg stability work as well to target more of the hip abductors.

Chest: Bench press, up-ward incline bench press, then flies. For the bench press, if I have my roommate to spot me, then I do one final rep to failure by lowering it as slowly as humanly possible for the eccentric contraction, with him helping me get it back onto the rack.

Shoulders: Either OHP, or the machine, followed by middle delt pull using a cable and a rope, ending with scaption movements with dumbells. Scaption, meaning it’s not completely shoulder abduction, my arm is slightly in front of me as well, say, 15-20 degrees from the frontal plane of my body, so the movement is in the same plane as my scapula.

Legs: Alternate between either focusing on squats or deadlifts, but the day includes both at some point. Squats, deadlifts, Romanian deadlifts, front squats, leg press into heel raises after the presses, single leg ball tosses standing on an upside down bosu ball, single leg squats sitting down on a bench, scissor lunges.

Back: Pullups, cable lat pulldowns while kneeling, T-bar rows, rhomboid / middle trap machine, T position while prone on an exercise bar with dumbells, posterior fly, sometimes I swap one of the rhomboid/middle traps with inverse rows using the bar of a Smith machine.

OHP: 5RM – 95 lb (started at 45 lb). Definitely the hardest one for me. My pebbles still need to be molded into boulders.

Pullups: 20 lb weighted, 6 reps followed by a burnout to 9-10 reps after dropping the weight (started at 5 reps bodyweight)

I don’t do pendlay rows as of right now because the way I grip the bar irritates the nerves on my left hand; still trying to figure out a way to not piss them off.

Deadlifts: 5RM 225 (started at 95 lb). I realize that this is also something I need to work on. My form is a bit off and my hamstrings need to be stretched out way more, since I basically start the movement with my back close to parallel to the ground, making my lower back the weak link. I am not willing to go heavier until I stretch out my hammies and fix my form to avoid rounding my back.

When it came to his diet, he generally avoided counting his calories and instead just ate “Chipotle, Wawa, protein shakes, nuts, and chicken and rice whenever I got off my lazy ass to cook stuff.”

Now that he has been lifting for over a year and a half, he has managed to put on 42 pounds in muscle, now weighing in at 152 pounds. He says that he needs to work off the layer of fat that is affecting his abs, but he has done very well from a tough starting place. 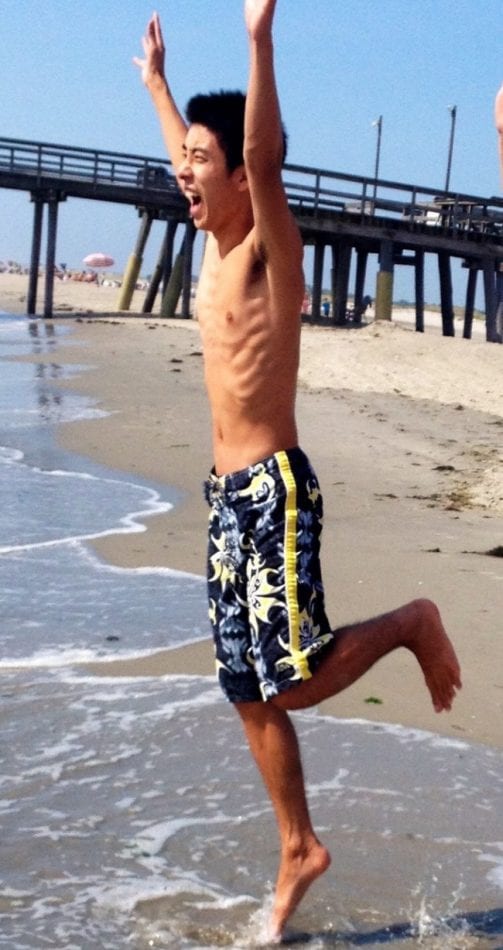 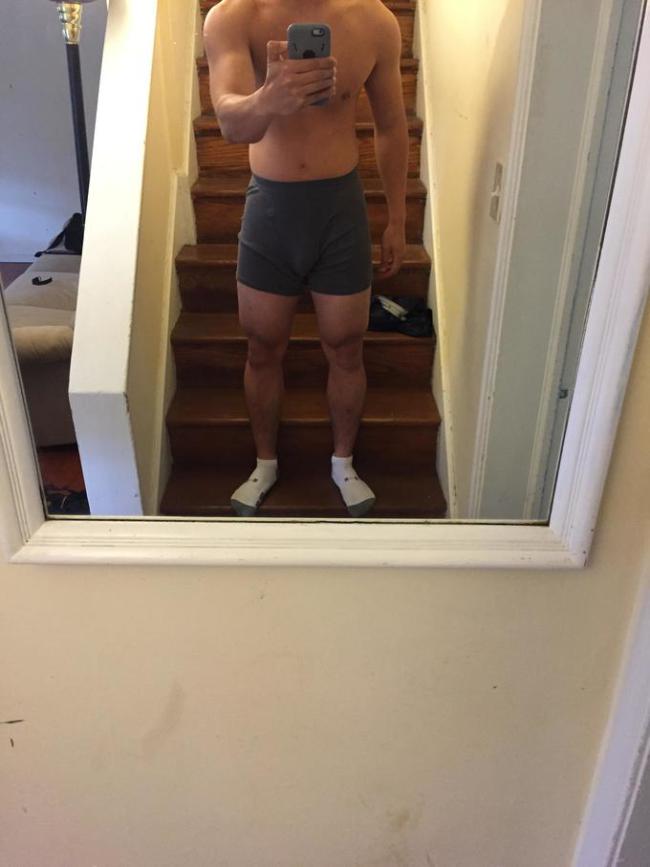 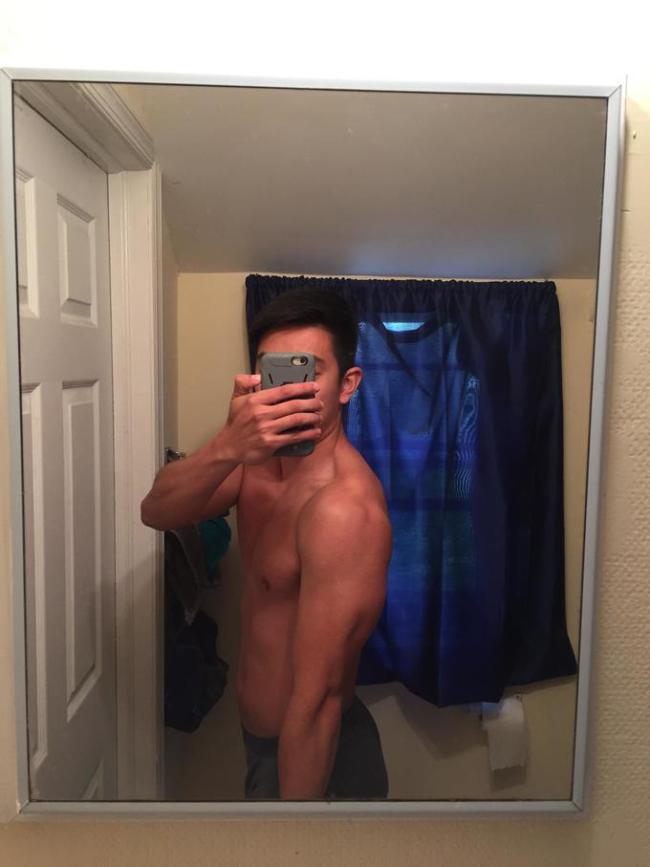 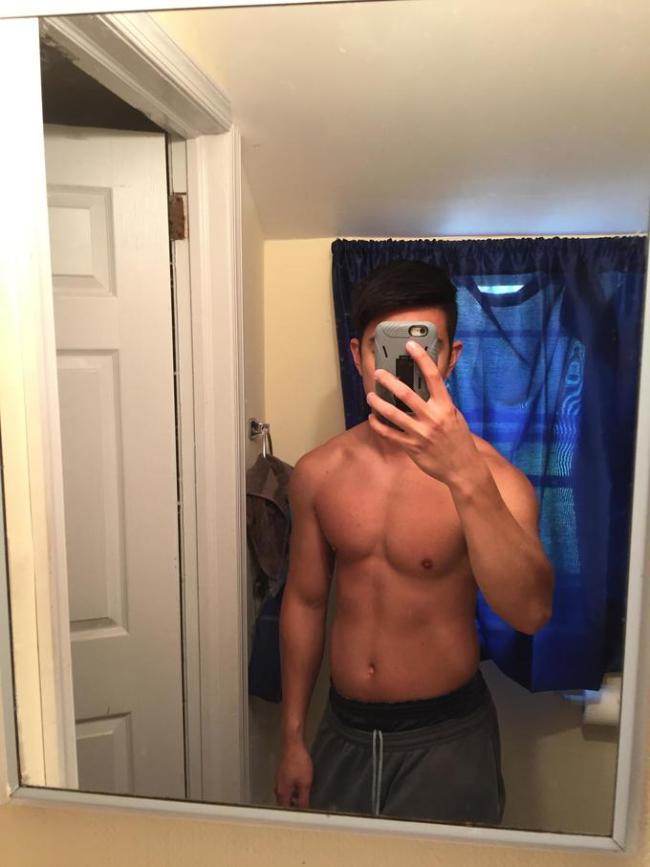