Okay, so we all love to train and hopefully you’re already training HARD!! Going in and training your heart out and pushing yourself every session… But are you ready to spice up your workouts and take them to the next level?

So for this brutal workout intensifier, you’re going to begin each set with 5-6 full repetitions of the weight, with a weight than means that the last reps are a struggle, then immediately follow it up with 5-6 partial reps, of the ½ of the motion of the rep that is easiest! This is a good form of going beyond failure, as once you’ve reached failure with the full reps, you’re then pushing your body further, demanding more in the form on ½ reps. 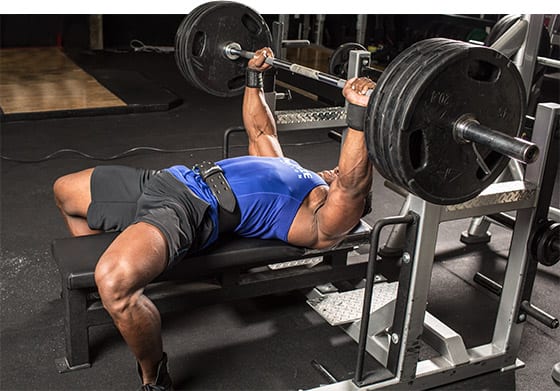 This is simply the principle of starting out with a slower rep speed, and then progressively getting quiciker with each rep, until a “normal” tempo is achieved and then maintained. For example:

This method allows you to really focus and on a strong squeeze and contraction when you are fresh at the beginning of the set, when you usually find the weight easier… It then allows to you slowly transition into purely focusing on raw, powerful reps as the muscle gets increasingly fatigued.

This again, as with above mentioned methods, allows you to make the reps slightly easier as you progress through the set (rep 6 onwards in this case), allowing you to push beyond a limit where you would otherwise have failed! Also an awesome way of making your sets more exciting!

Unlike the above mentioned, this is not a method that pushes you beyond a limit of failure, but instead a different variety of intensifier… This is the concept of implementing a short, 1-2 second pause at the bottom of the rep in between repetitions, allowing for any type of momentum or “bounce” that’s being used to move the weight to be removed, thus making the muscle do all the work and in turn working it harder! This is an awesome was to add more load, purely onto the muscle, without having to add weight onto the bar, of which can just increase the chance of injuries and tares!!

This is a similar concept to the above, however this time, instead of pausing between each rep, you pause mid-rep on the concentric portion of the movement! In a “normal” repetition, there is a large exertion of force at the initial portion of the concentric movement to get the weight moving, and then the muscle just has to provide enough force to keep the weight moving, using the momentum to aid it in it’s travel for the remainder of the range of motion. However, pausing mid-rep eliminates this, requiring you to exert a large amount of force, just like at the beginning of the repetition, but at the mid point, of which the muscle will not be used to! This exposure to such force with the muscle at an already semi-contracted state will cause a new type of stimulation for the muscle, and thus provide a boost in muscle growth and development!!

This is a machine based method, hence the name! Don’t get me wrong, your free weights, your barbells and dumbbells are your bread and butter of bodybuilding, but machines are a very effective tool and every good bodybuilder will utilise these!!

This technique will induce some seriously skin tearing pumps!! However, be aware, that they will take a bit longer than traditional sets…

This is definitely a brutal, yet effective technique to add in at the end of a workout to really get a skin tearing pump, forcing blood into the muscle!! 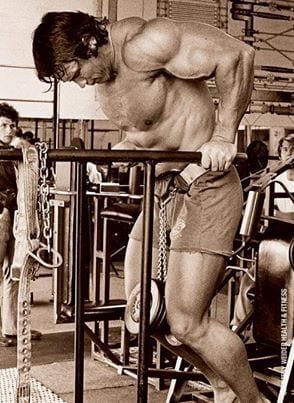 I bet you’re thinking “bodyweight?!?!?!”… yeah, that’s right, and no, I’m not gonna talk to you about some gains losing, crossfit type stuff! This is a simple, yet effective, and none the less brutal way of forcing your muscles into growth!

Here’s a list of weighted compound + bodyweight superset combinations that you can incorporate into an tough, intense workout!!

This is a really good method if you find that supporting muscles are the limiting factor or are reaching failure first on bid compound movements! For example if on bench press, your triceps are giving out before your chest, and it’s actually the triceps that causes you to reach failure! However, even if you don’t have an issues like this, it’s still a seriously effective way to shock the muscles and stimulate growth!

It simply consists of performing 3 sets of an isolation movement on the muscle/muscle group you want to target, followed by 3 sets of a compound movement that incorporated the desired targeted muscle! You perform the 3 isolation sets consecutively, as you would a normal 3 sets, and THEN move onto the 3 sets of compound movements.

For example, perform 3 sets of pec deck fly, targeting your chest, then perform 3 sets of weighted barbell bench press. You’ll find that your chest will fail a lot earlier, however this ensures that the targeted muscle, the chest in this case, reaches ultimate failure, limited by little or no other factors, giving you the ultimate stimulation and growth for that desired body part!

Here are a few other ideas for combinations that you can try this technique out with:

BOOM! Now take these tips, incorporate them into your workouts, push yourself hard and make some serious GAINSSSS! Enjoy guys!!!