Every year tons of people around the world decide they want to lose weight – but how many of them actually follow through?

Or even get halfway to their target goal?

As it turns out about 6% of people actually accomplish their fat loss goals – a depressingly low statistic.

So what is it about these 6% of people who are able to accomplish their goals when everyone else failed?

While there are a lot of things they do right, it’s more about the things that they DON’T DO that make them successful.

That’s right, there are a lot of common mistakes people out there make that totally derail their dieting goals.

Check out the article below to find out the 8 biggest mistakes dieters make. 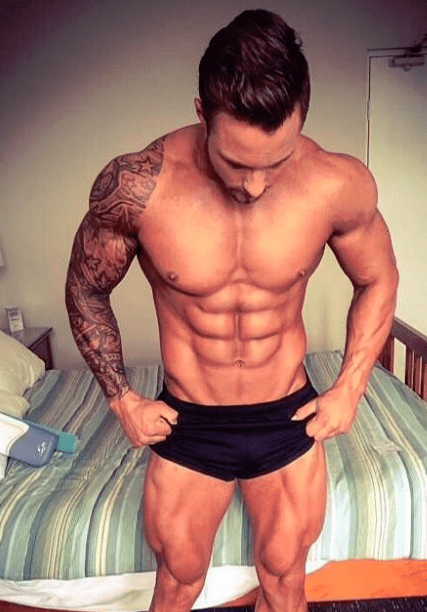 Too Many Simple Carbs

While calories in vs. calories out is definitely an important component of dieting, the source of those calories is also worth paying attention to.

When it comes to dieting, not just any carb will work. Simple carbs cause your blood sugar levels to spike which then causes insulin to be released.

This hormone essentially encourages your body to store more fat while discouraging fat cells from leaving.

It’s important to recognize what the bad carbs are and what the goods ones are.

There is one exception to this rule – simple carbs can be beneficial right after working out.

This is when you want to spike your insulin levels as your body will move amino acids into the muscles to help repair them after lifting weights.

Some people go so far as to say you should cut out carbs entirely – in other words the ketosis crowd.

While this approach might be effective for some people chances are you will have more success if you allow some carbs into your diet.

Be strategic with your carb intake.

Throughout the day stick to low-glycemic (complex) carbs like legumes, sweet potato, veggies and oats and then switch to simple carbs right after working out.

Look guys, eating dietary fat does not cause you to gain weight – eating too many carbs and sugars does.

So now that you are reducing your intake of those simple carbs try replacing them with sources of healthy fats.

While it can definitely play a role in your diet you should also be consuming healthy dietary fat sources like cheese, nuts, fish and avocados.

One of the most common misconceptions about dieting is that skipping meals is good.

After all – if I skip a meal that’s less calories consumed and more fat burned, right?

As it turns out, this is a very ineffective way to lose fat in the long-run.

If your body realizes it’s not getting as much food as it was expecting it will slow down the metabolism which means less calories burned throughout the day.

Now that doesn’t mean that skipping one meal will cause your metabolism to tank, but doing it often certainly will.

Instead, eat several small meals a day so that your metabolism is constantly working to process food.

Also make sure you eat a large breakfast every day as doing so will make you less hungry throughout the day.

We all know how stress can hurt our personal lives, cause us to lose sleep, and even mess with our health.

However, did you know it can also result in fat gain?

When you feel stressed out your body releases the hormone cortisol which makes fat loss very difficult.

If you are feeling stressed out from work, school or any other source try finding ways to mitigate it.

Meditation, relaxing more or taking some things off your plate are all things you can do to help.

We are all tempted to take on a lot to advance our personal lives and careers however at the end of the day if it you are constantly feeling stressed out you will be doing it at the expense of your health and appearance.

Your metabolism is responsible for how many calories you burn throughout the day.

So if your metabolism is slow you burn few calories and you get easily fat.

Does your body get fat easily and it’s very hard for you to lose fat?

It might be because you have a slow metabolism.

If you are one of those people with a slow metabolism there are a number of ways to get it up.

One of the most effective way is taking in an all natural fat burner that is designed to increase your metabolism.

This will make your fat loss way easier.

Because if your metabolism is high you burn more calories.

Therefore you are able to lose unwanted body fat faster.

Just because one type of cardio worked awhile ago doesn’t mean it will still work now.

Same thing with bodybuilding – just because a certain lift or training technique was effective doesn’t mean it will stay that way.

If you keep going to the gym and doing the same type of cardio your body will adapt and find ways to do it without exerting too much force.

That’s why it’s important to switch things up every once in awhile. Instead of running on a treadmill try doing rowing or cycling or even playing a sport.

If you usually do steady state cardio try switching to HIIT.

You will be surprised what a small change can do for your overall progress.

We all know that bodybuilders like to dehydrate themselves before going onstage to improve their appearance.

While it might be effective for that day, doing it for several days in a row is actually dangerous.

Similarly, you should be making sure you are getting plenty of water every single day.

Your body needs water in order to function properly – it helps transport nutrients and flush out toxins.

Another great benefit of water is that it helps make you feel full.

We all know that going to the washroom more often to piss out water is annoying but it’s a small price to pay for faster and more consistent fat loss.

This one should be obvious but you’d be surprised how many people eat junk food all the time then wonder why they can’t lose weight.

For some people giving up sweets is relatively easy while others find it nearly impossible.

There are a number of ways you can approach this one.

Some people find it effective to assign a cheat day to your favorite foods so you don’t go crazy.

However, other people feel that cheat meals only remind you how good those foods taste and that if you really want to move on you need to cut them out cold turkey.

Before getting on the cheat meal bandwagon we recommend trying to cut them out entirely.

It will be hard at first but over time you will begin to forget about them and eventually you will move on entirely. All of a sudden fruits that contain natural sugar will be delicious to you!