If you’re like us, your first bulk went a little something like this: eat massive calorie surplus, gain as much mass as possible and hope that none of it is fat. Well, as it turns out, you end up with a lot of fat along with that muscle. Unfortunately, unless you are a) taking steroids or b) a genetically gifted freak, you will need to bulk slowly if you want to avoid putting on a lot of fat.

Since a lot of you guys are probably embarking on what you hope will be your first successful lean bulk, we’ve put together a list of tips to help make sure it’s a success. Check out the article below for some of our best pieces of advice.

1 – Stop Worrying about your Abs

If you are constantly worrying about losing those defined abs you won’t get very far with your bulk. Yes we know this is a lean bulk but at the end of the day you are going to have to live with some fat gain if you want to get anywhere. Don’t worry though- that extra muscle you build will make it very easy to melt those added pounds away. You might think your body looks impressive now, but once you add some extra mass to your frame, your body will look 10 times better after the cut. 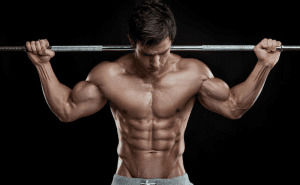 You know why a lot of bodybuilding careers end? Injuries. Guys try to do too much, with bad form, and pay the price for it. It’s not even just experienced bodybuilders who get injured. In fact, tons of noobs get injured because they attempt challenging exercises they don’t know how to perform properly with weights they can’t handle. Since their bodies are relatively undeveloped they don’t have the required stabilizer muscles and end up hurting themselves rather easily.

Remember, a lean bulk takes time. You need to make sure you are healthy enough to go into the gym every day and get to business. That means no messing around with weights you can’t handle. It also means using good form. Don’t worry if that means spending some time training at low weights to learn the movements – it will be worth it in the long run.

3 – Focus on the Weak Points

Most guys like to train their strongest bodyparts first. Ever notice how the guys at the gym with huge arms seem to be doing nothing but arm exercises? While it might be fun to train muscle groups that we are genetically superior at developing, it doesn’t do much to help muscle symmetry. Instead, focus on the areas that are lagging behind. If your shoulders are relatively small, add in some extra work for them, move them to a different training day or do them first.

Arnold was known for hating his calves. He used to wear shorts all the time to remind himself how he needed to work harder at them. It resulted in him putting a ton of effort into training them every week and as a result, they improved drastically. 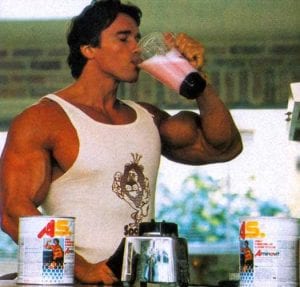 4 – Don’t Go Overboard on the Veggies

While we aren’t saying you should cut out veggies entirely, be mindful of how much of them you are eating. They are definitely useful on a cut to make yourself feel full without consuming too many calories, but on a bulk they can be counter-intuitive. If you constantly feel full, reduce the amount of vegetables and other low-calorie foods you are eating to make room for the stuff that will put mass on.

Look guys, if your testosterone levels are low you are going to have a very hard time building any mass. In fact, t-levels are one of the top predictors for how much mass you will be able to build. It’s why so many guys inject themselves with artificial hormones to improve their physique. Of course, we aren’t recommending that you do that as it’s illegal and dangerous, but there is a safer alternative.

Testosterone boosters use natural ingredients that will help boost your body’s ability to produce testosterone. As a result, the gains you make will be permanent and there will be no nasty side-effects. If you aren’t sure where to start, click here to check out our dedicated testosterone booster page. We’ve picked out some of the most important ingredients to look for and the top products that contain them.

Instead of lying in bed watching TV or YouTube videos on your phone, go to sleep. If you are regularly getting less than 8 hours of sleep each night you are severely limiting your body’s ability to produce testosterone. Additionally, most of the actual muscle repair work is done. Think of it this way: every minute you cut your sleep short is one less minute your body spends doing what you want it to do – get bigger.

Having a hard time eating all that food every day? Try putting in it a smoothie. It’s much easier to consume calories that are in liquid form. Simply grab a blender, add in some oats, natural peanut butter, whey protein powder, banana and almond milk and you have yourself a high-calorie, delicious smoothie.

In addition to liquid calories, make sure you are having at least 1 shake per day. Whey protein powder is the fastest absorbing protein out there, which means the nutrients get to your muscles quickly. This is why you see so many guys drinking a protein shake after working out – they are feeding their bodies fast-absorbing protein when they are needed most.