We all love it when spring is in the air and summer is on the way. It is the greatest time for bodybuilders, finally they can show off their hard earned physique which took months to sculpture in a dirty gym during the winter time.

It is finally time to reveal your results after having worn hoodies for months to hide your fat winter bulk physique. This is an exciting time for all bodybuilders, most of them have started shedding away those layers of fat in order to have the most shredded physique possible on the beach this summer.

Many of bodybuilders have girlfriends and in this article we will discuss 7 reasons why bodybuilders need to break up with their girlfriend before the summer, otherwise they will risk having the most terrible summer of their lives. 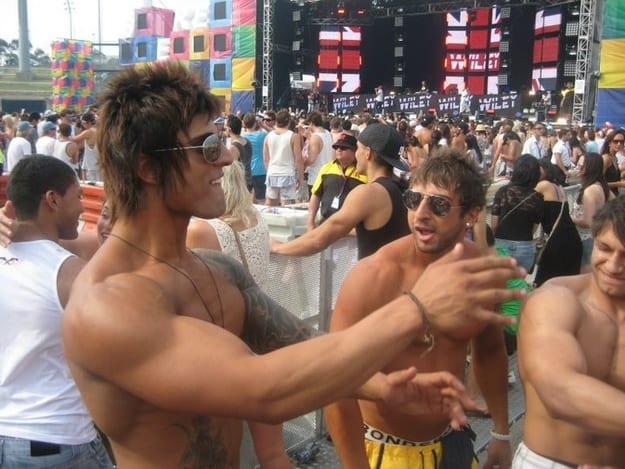 She will secretly try to ruin your cut

Women are extremely jealous creatures by nature and the last thing they want to see is their boyfriend looking all ripped on the beach with other girls mirin his physique. She will secretly try to ruin your cut by buying all kinds of junk food, candy and she will try to fool you into eating these foods with her. Many times bodybuilder will give up on their cut and their girlfriend has successfully ruined their cut without them even knowing it.

Some girls are like secret agents in other words they are master stalkers. If you are a bodybuilder that looks good during the summer and you are going out with your mates in your tight good looking shirt many times your girlfriend will “accidentally” bump into you. She will say something like this “Oh I was just going out with my girlfriends I can’t believe I met you here” Even though she knew exactly were to find you.

After that she will stay on your arm the whole night and make sure you aren’t talking to other girls or doing something that she would not like to.

You won’t have the same motivation

Alright let me explain this one, I have 2 friends who have both been training hard for the past few years and it has always been their goal to be ripped in the summer.

One of these guys got a girlfriend just before last summer when he was supposed to start his cut.

Can you guess what happened? I bet you do….

In the first time in 5 years he was not shredded for the summer while my other friend who was single had never looked better in his life.

Having a girlfriend can drop your motivation levels way down and definitely not a good idea to have a girlfriend during your summer cut.

Your summer will suck

Let’s just be real here for a moment..

Have you ever been shredded in the summer while partying, beaches, girls, cocktails and having a great time with your friends?

If it does it was probably the best summer of your life, you have never had as much fun and gotten so much attention. I just want to congratulate you if you have a girlfriend these times are OVER for you and will never come back unless you will be single sometime in the near future.

You will lose friends one by one..

Let’s assume your name is Billy…

Your friends might say something like this “hey Billy we are going to this crazy festival in Hawaii all the guys are going and some hot girls from our school, do you want to book a ticket with us?”

If you have a girlfriend your answer will in 99,75% of cases be “no I am going to do something else during that time”

You lose a lot of respect and recognition

Hey do you remember this guy who was always training in the gym and was always cut as f**k in the summer time?

What happened to him? I haven’t seen him in a year or so..

“Yeah he got a girlfriend you should see him now, he is skinny fat and has lost all of his gains”

This example above is a typical thing that happens when bodybuilders go into a relationship for the summer, the respect they earned through hard work and dedication is gone when they fall into the relationship trap.

You will slowly become a beta minded loser

Typical things that beta guys say to justify their relationship with the girl that is dragging them down is always something like this:

“You know this gym stuff is for the younger generation, I personally want to focus more on creating a family, the gym is just another waste of time”

“I had my glory days when I was younger, now I want to be the best boyfriend I possibly can and by spending so much time in the gym I won’t accomplish that”

“Even though she cheated on me I still love her, you can forgive everything if you are caring person like me,  there is no reason to get back to the gym now since I don’t need to look as good because I have a girlfriend”

If your mate got a girlfriend that turned him into a beta guy who is always pleasing his girlfriend you have probably heard these excuses above some time.

So there you have it guys, stay single during the summer and your life will instantly get better I promise you that. Don’t fall victim into wasting your younger years in a dead end relationship that is going to end anyway in 1-3 years.