Having 6 pack abs is one of the most sought-after bodybuilding achievements out there. For starters, it’s probably the feature women like most on a man. Also, given that it takes a very low bodyfat % to achieve six pack abs it also means the rest of your muscles will also have a nice pop. No bodybuilding physique is complete without washboard abs so it makes sense that there are so many articles out there about how to get them. The problem? Most of the advice they give is completely bogus.

If you are like most people, you’ve spent countless hours on the treadmill and doing crunches to try and lose that stomach fat. In order to help you guys out today, we’ve put together a list of the most common myths when it comes to building six pack abs. Avoid these pitfalls and you will be well on your way to building that six pack you always wanted.

We’ll start out with the old crunches myth since it’s the most common one out there. For some reason people think that they can lose fat on a particularly part of their body by targeting it excessively in training. Obviously if you want visible abs you need to get rid of that layer of fat covering them so it makes sense to target that area right? Wrong.

You can’t lose fat on a particular area, you can only lose it over the entire body. That might mean that you lose it on your hips, chest and face first, or on your stomach first. The truth is that there is no way of predicting which fat deposits will be burned first. However, if you stick with it long enough eventually that stubborn stomach fat will melt away. With this in mind, instead of spending all that time doing crunches you should instead spend it doing cardio or preparing healthy meals that will boost your metabolism and keep you under your daily calorie target. 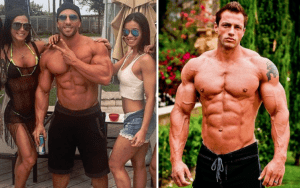 Carbs are getting a bad rap these days. People are blaming them for fat gain, particularly around the stomach. We’re here to tell you that’s completely bogus. High quality complex carbohydrates are actually crucial in your diet as they provide your body with the energy they need to get through the day, not to mention those tough workouts!

What you should be avoiding instead are simple carbs, particularly those with sugar. They will boost your insulin levels and make your body more susceptible to storing fat.

Did you know you can build an impressive six pack without doing any cardio at all? Yes, it’s true. In fact, all you need is weight training and a calorie deficit in order to lose fat. You see, cardio is simply a tool to help you achieve a calorie deficit. However, doing tons of cardio can actually be harmful – after a certain point your body stops burning fat and instead burns muscle! That’s why so many long-distance runners are extremely skinny whereas sprinters are muscular.

So how should you alter your training? Instead of spending 45 minutes running on the treadmill at the same speed, try doing High Intensity Interval Training (HIIT). This type of cardio involves doing short bursts of intense activity followed by a short rest. The workouts only last 20-25 minutes but they burn a ton of calories most of which will be fat.

The funny thing about this myth is that it actually used to be true. The fat burners that they used to advertise on late-night TV in the 80s and 90s were in fact useless. However, the industry has changed a lot and there are tons of new products hitting the market that have been proven to be effective.

What makes a fat burning supplement effective is the ingredients. A high quality product will contain natural ingredients that are scientifically proven to boost metabolism, increase energy levels and reduce your appetite. These are all areas that cause most diets to fail, so by adding a fat burner to your stack you will be setting yourself up for success. Click here to learn more about the benefits of fat burners. We’ve put together a dedicated page on fat burners that includes our top product picks! 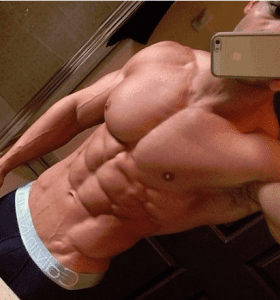 To a certain degree yes, genetics play a role in how your body looks. Some people will naturally have an easier time getting visible abs while others will have to work a lot harder. However, just because you might have it a bit harder doesn’t mean it isn’t possible. With the right diet and training program anyone can achieve six pack abs. Instead of complaining about having bad genetics like most people, just dedicate yourself as much as possible. The discipline you build by sticking to a strict regiment will carry over into other areas of your life.

Your abs are a muscle and just like any other muscle they need rest. Training them 5x per week is simply a waste of time and can increase your risk of injury. Instead, stick to a 4 or 5 day workout split that hits every muscle group equally. Believe us, the testosterone and metabolism boost you get from training heavy will help you lose fat faster and get those abs to pop. In fact, abs shouldn’t even be the main focus of any of your workouts – leave them for later in the workout when they are already pre-exhausted from other exercises.

You don’t need to follow the SUPER SPARTAN X or SHREDDED GREEK GOD Y workout in order to build abs. In fact, most of those workouts are just for show. The truth is abs are built in the kitchen (you’ve probably heard that one before, right?). Guys with shitty diets simply don’t have abs (unless they have amazing genetics), it’s as simple as that. Since you are reading this article we will assume your genetics are average like ours. So get to the kitchen and start preparing another healthy meal!