Do you like plump butts? What about pictures of average looking food posted with a weird bluish photo filter? Do basic white girls covered in pumpkin spice get your motor going?

If you said yes to any of these then you might be interested in dating an Internet fitness chick. (With the exception of plump butts.

Everyone likes those regardless of fitness level, unless you are a commie bastard.) But before you go down the road of dating a fame whore in the making, there are a few downsides you should know about.

Hint: I already named two of the entries above. 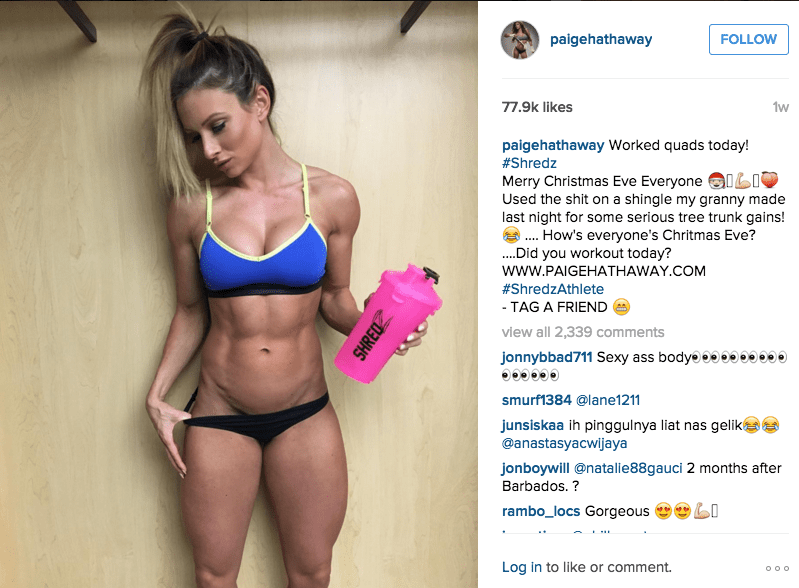 DISCLAIMER: I am quite aware that the following entries do not represent all, or even most, online fitness girls. This applies for the few that are the attention seeking type.

Don’t get your man panties all in a wad.

Talking to you male feminist whom I find very weird.

Also, this can be directly applied to the online male fitness goers out there.

1. Dinner and a picture.

You can’t possibly take an avid Instagram using fitness girl out to eat and not expect her to take numerous, weirdly angled pictures of her burrito. That’s like finding the fountain of youth and saying, “Eh, people won’t want to see this,” and going about your day.

How will the world know what a fucking burrito looks like if it’s not posted on instagram with a warm photo filter and 50 hashtags telling you it’s #veganprotein and #healthy and #postworkoutmeal and #cockflavored and #bulking and #carbs and who gives a flying giraffe fornication because only other basic bitches read all of those shitty hashtags.

Why is this even a trend? Why is it that only hack comedians call out this dumb shit while the rest of us just silently agree?

How about this, take a picture of what happens a few hours after eating that giant burrito. You will probably get more, albeit much creepier, followers that way.

Or you could just eat your dinner and converse with your significant other without hovering over your food, camera in hand like a lunatic.

Well if you knew she was a online fitness chick before dating her you are a dumbass for getting upset when she post daily pics of her squat booty and yoga pants cameltoe.

After all, those pictures are probably one of the main reasons you started fuc… dating her in the first place. It all changes once you two are a couple though.

You see all the dudes liking her half nude pics and quickly realize that statistically speaking, at least 3 out of every 10 of those guys are polishing the ol’ walrus tusk to her. 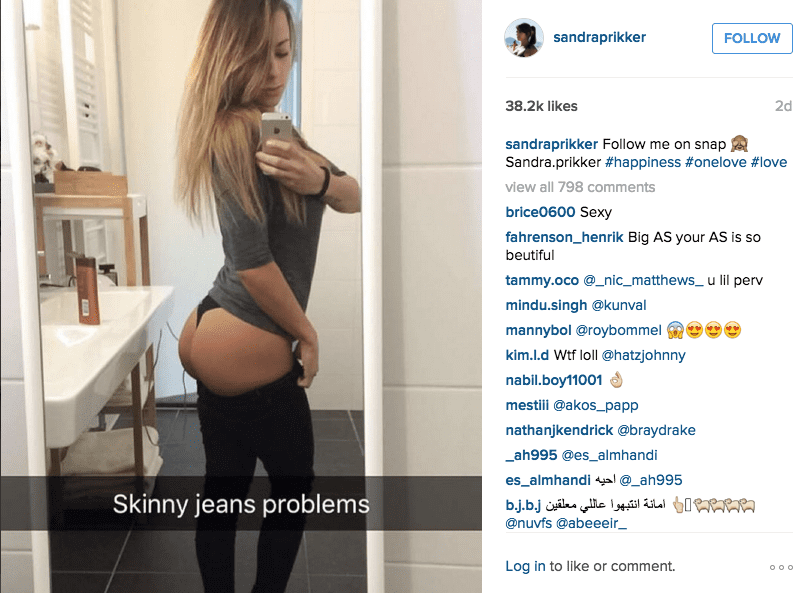 Now jealousy and resentment replace the previous love boner you had for her. If you make her stop posting those pics she will probably end up face down ass up on a certain “casting couch.”

If you just let it go you will probably end up being pissed at her more often than not from jealousy, ruining the relationship anyway.

Unless you are cool with her being nearly naked all over the Internet that is. In that case more power to you.

Best Fat Burners For Men These are the top fat burner supplements on the market right now.
Pages: 1 2 3

2 thoughts on “6 Downsides To Dating an Online Fitness Chick”