An inexperienced bro signs up for his first gym membership with ambitions of becoming the next ZYZZ.

He trains hard (even if it’s not the best program) and actually makes some decent noob gains.

After a while, the gains stop and all of a sudden our new broscientist can’t figure out why his biceps won’t grow any more.

At this point, one of two things happens.

Either he quits the gym and gives up or he makes some changes after doing research into bodybuilding and is able to keep the gains going for a bit longer.

At the end of the day, there are 5 main reasons why people don’t make gains.

Take any guy who failed to build the kind of body he wanted and he will always fall into one of these categories.

But hey, knowledge is power and now that you know what you are doing wrong you can make the necessary adjustments so you can keep the gains coming! 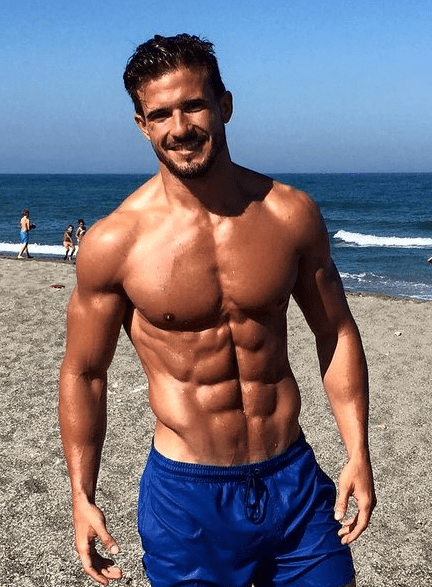 1 – You Always Train with the Same Rep Range

If you bring 5 bodybuilding experts together and ask them what the ideal rep range is for muscle growth you will almost always get 5 different answers.

There is still no clear answer to this ongoing debate however most guys will fall into the 6-12 reps range.

Also known as hypertrophy range, this range is believed to yield the best result.

However, whether your working sets should be 6, 8, 10 or 12 reps is still up for debate and is significant given that most guys can lift much heavier weight for 6 reps than they can for 12.

One of the reasons this range is so popular is that it does enough to cause protein synthesis without the dreaded cortisol boost.

What people tend to forget is that in order to get bigger you need to be lifting more weight – in other words, you need to get stronger.

. You can get your muscles and frame familiar with lifting heavier weights and allows you to ease your way towards lifting that same weight in the 6-12 rep range eventually.

As you get stronger in the 1-5 rep range you will also get stronger with your working weight in the 6-12 range.

As a result, lactic acid will build up more slowly which will allow you to lift heavier without getting tired so quickly.

We aren’t saying you should change the rep range every workout.

Rather, you should stick to a solid structured program that incorporates low rep training occasionally for strength gains and high rep training for endurance.

High intensity training or HIT became popular in the 1970s as a way to build muscle mass quickly.

It involves doing only one set of an exercise to stimulate growth provided you go right to failure.

The rationale behind this type of training is that every set after the first one is simply unnecessary.

To this day HIT still has a huge following and can definitely give you results.

Having said that, if your goal is to make as much progress as quickly as possible then HIT is simply not the way to go.

In order to truly overload the muscles you need to do more than just one set for each exercise.

Multiple studies support the claim that multiple sets are better than a single set for building both muscle size and strength.

In fact, some studies say the difference is as high as 40%!

Now, the exact number of sets and reps needed to get those muscles growing varies from person to person.

Genetics play a huge role, as does experience level and diet.

The size of the muscle is also a factor.

For example, large muscles like the back and quads require more work whereas the arms and calves only need a small amount of isolation work to go along with the attention they get in the compound lifts.

Another factor is the actual structure of the program.

Split training programs are effective because they allow you to target each muscle thoroughly rather than indirectly through a few compound movements.

The actual structure of the training split will need to be tinkered with.

Some people do better on a 3 day split that gives more volumes compared to a 2 day split.

Choose your training program ahead of time rather than first thing in the morning when you wake up or on your way to the gym.

No matter how much volume you are trying to hit with your program, you will get the best results if you set it strategically ahead of time.

If on the other hand you train with high volumes regularly you will ultimately end up overtraining and your cortisol levels will increase as a result.

Research shows that you are more likely to overtrain from too much volume, not from training too intensely.

To give you an idea of how your program structure should look check out the example below.

Let’s assume you are aiming for 20 sets every week for each muscle group.

Rather than just jump straight to 20 sets, start by doing 8-10 sets a week for a month, then increase that to 14-16 for the second month, ultimately going to 20 sets for the third month.

After the cycle is complete reduce the volume again.

This type of cycling will give you the benefits of higher volume training without putting your body into that dreaded overtrained state.

3 – You Aren’t Focused on a Specific Goal

When most guys start lifting their goal isn’t just to get big – it’s also to be shredded.

In the first few months of lifting they are able to do both as they start reaping those noob gains.

This also works for people who are losing a lot of weight, or who have stopped training for awhile.

Eventually you have to choose one clear goal and this is where a lot of guys stumble.

Unless you are taking steroids you simply won’t be able to consistently build mass while losing fat.

If you are looking to add muscle you need to focus your training and diet around this as it requires a very specific program.

Now, we aren’t saying you shouldn’t do any cardio at all – in fact, some light cardio can be beneficial.

However, if you are doing HIIT while trying to build muscle you won’t get very far and will likely end up overtraining.

It’s impossible to say how much cardio is too much as that varies from person to person, but generally speaking three days per week for 25-30 minutes is plenty.

If you feel that your cardio is impacting your resistance training recovery then adjust accordingly. 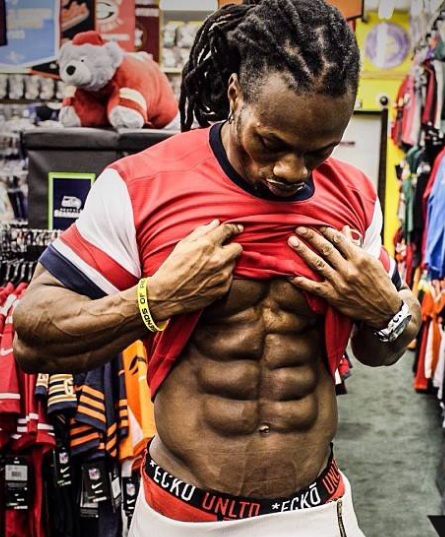 This point ties in with the previous one.

Since guys want to get shredded and yoked at the same time they end up limiting their calorie intake while they are lifting heavy weights.

As we explained before you can’t lose fat and gain muscle at the same time after the noob gains phase (unless you are a genetic freak or you are taking steroids).

Chances are if you are reading this article you don’t fall into these categories so you need to make sure you are consuming a calorie surplus each day so you can GROW!

Having said that, don’t start eating everything you can get your hands on!

Way too many guys think it is acceptable to consume massive calorie surpluses and then cut down all the fat during their next diet.

The problem with doing it this way is that you end up putting on a ton of fat.

As a result, you don’t look your best and you spend half your time just cutting off the fat. The drastic diet results in muscle loss and at the end of the day you don’t even get to hold on to most of your gains – ouch!

So how much should you be consuming?

Aim for a modest surplus of 250 calories.

Keep in mind this will require some adjustment later on, it’s just a starting point.

Some people can consume a lot more than this without putting on fat while others have slower metabolisms and therefore can’t consume as many calories.

5 – Your Testosterone Levels are Too Low

Look guys, if your testosterone levels are low you simply won’t be able to build much muscle mass, it’s as simple as that.

In fact, testosterone levels impact many areas of our lives, such as mood, energy levels, assertiveness, sleep quality, etc.

Obviously you don’t want to be a guy with low T.

Unfortunately there are tons of products and additives out there that are causing men’s testosterone levels to drop to record lows.

As a result, it’s more important than ever to monitor your levels and make sure they are as high as possible.

Now we aren’t recommending that you take synthetic hormones – they are dangerous, illegal and tend to come with some nasty side effects.

Instead, why not take a product that naturally boosts your testosterone levels?

Testosterone boosters are becoming increasingly popular as people look for ways to increase their t-levels safely and sustainably.

They contain ingredients that are scientifically proven to boost testosterone production while keeping cortisol and estrogen levels down.

As a result, you can expect to see better results in the gym, feel more energetic and carry less body fat.

A high quality product obviously won’t be cheap, but if it makes the difference between gains and stagnation we think it’s well worth the cost.

We’ve made a complete guide on the best testosterone boosting supplements on the market here..

Even when you do everything right bodybuilding is a challenging pursuit.

The top bodybuilders in the world who dedicate their entire lives to lifting are thrilled if they can put on 5 pounds of muscle in 1 year.

Keep in mind that as a new lifter you don’t need to work nearly as hard to put on some mass but eventually you will hit that wall.

If you can identify what mistakes you are making and correct them you can definitely build yourself a great physique even if you aren’t taking steroids.

If you are someone who previously gave up lifting, or you are struggling to break through a plateau, hopefully this article helped you figure things out and gets you back on track!

The information provided on this website is for informational purposes only. It is not intended to be a substitute to the advice given by your physician or another healthcare professional. The statements on this site have not been evaluated by the FDA. These products are not intended to diagnose, treat, cure or prevent any disease.
Scroll to Top
192 Shares
Share192
Tweet
Pin