One of my earliest influences and probably my greatest motivation for starting and maintaining the bodybuilding lifestyle came by way of England in the form of Dorian Yates. When I first started looking at the magazines and getting interested in training and nutrition, he was the king. At that time he had already secured four Sandow trophies and was on his way to a fifth when I started reading about him. In those days we didn’t have the internet yet and bodybuilding still maintained a certain mystique to it and no one had more of a mystique surrounding them than the Shadow himself. That was part of the reason I was drawn to his persona but it was more about his approach to training that intrigued me more than anything. The more I read about him the more I tailored my approach to bodybuilding to simulate his and I enjoyed tremendous gains in my early years by doing so.

I’m from a very small town (it’s not even a town anymore) and only had one other person who was as interested in bodybuilding as I was and that was my best friend and current IFBB Pro Santana Anderson. He and I trained like maniacs because that’s the approach we knew Dorian took. Luckily for him he had the genetics and work ethic to make it to the big show while I on the other hand toiled away as hard as I could despite my lack of genetic blessings. Never in a million years did I ever think I would have the opportunity to meet and spend time with the man who influenced my early bodybuilding aspirations so much but that’s exactly what happened just a few years ago while working in the same magazine booth together and then having lunch at the same table with the legend Dorian Yates. Here’s what I learned from him while having this opportunity. 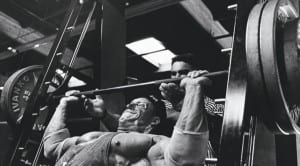 Intensity is a limiting factor

Dorian was always known for his intense approach to training. His heavy duty style of training complimented this approach as he believed you only needed one all out heavy intense set (after your warm ups) to induce hypertrophy. Many people don’t understand true intensity and have never taken their body to the brink of insanity while training so that they are walking that fine line between injury and results. He believed not many people were willing to go into the gym with the mindset of going as hard as possible hoping that nothing will break and that’s what it took to build a champion physique. As intense as he was during his reign, just sitting there and speaking with him you could still feel the intensity in his words and see it in his body language which was extremely motivating and unsettling all at the same time. 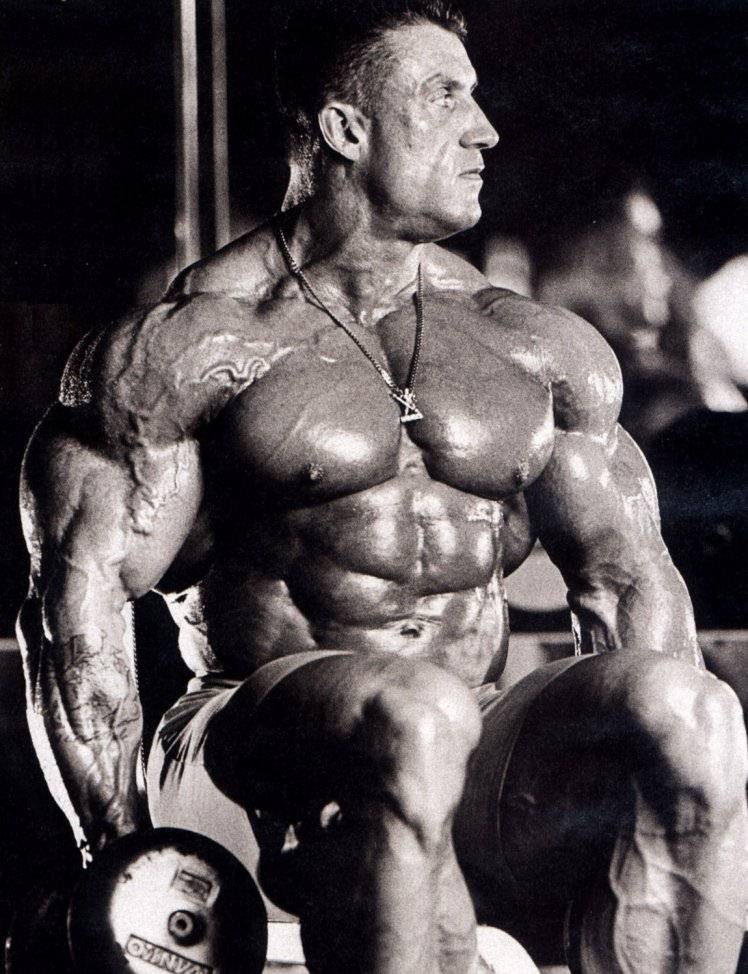 How often have you had to miss the gym for one reason or the other only to be left feeling like you’ve shrunk because of it? Dorian was very reassuring in that stressing out about missing the gym was more detrimental to your physique and gains than actually missing the gym itself. He said the fact of the matter is that you won’t lose muscle overnight; plain and simple. He then made reference to his calves and said I haven’t trained calves since I retired in 1997 and they’re still over 20 inches. Unless you are starving yourself and purposefully trying to waste away your muscle, it’ll take a substantial amount of time before you lose it.

Eating for gains doesn’t have to be difficult

I had a lot of questions about nutrition for him as I figured I would probably never get this opportunity again so I may as well pick his brain about questions I had. While he was very patient in listening to me and answering all of my questions he quickly reminded me that the nutrition side of things does not have to be difficult. Find lots of clean whole food sources and then give them a try to see how your body responds. Adjust the quantities you consume relevant to your current goals and then be patient. Once you find a formula that works, stick with it until it doesn’t work and then start experimenting again. He also pointed out that in the final days before a competition, any last minute voodoo you try to look better will probably make you look worse. If you’re not already in shape, there’s nothing you can do to fix that in the days prior to hitting the stage. 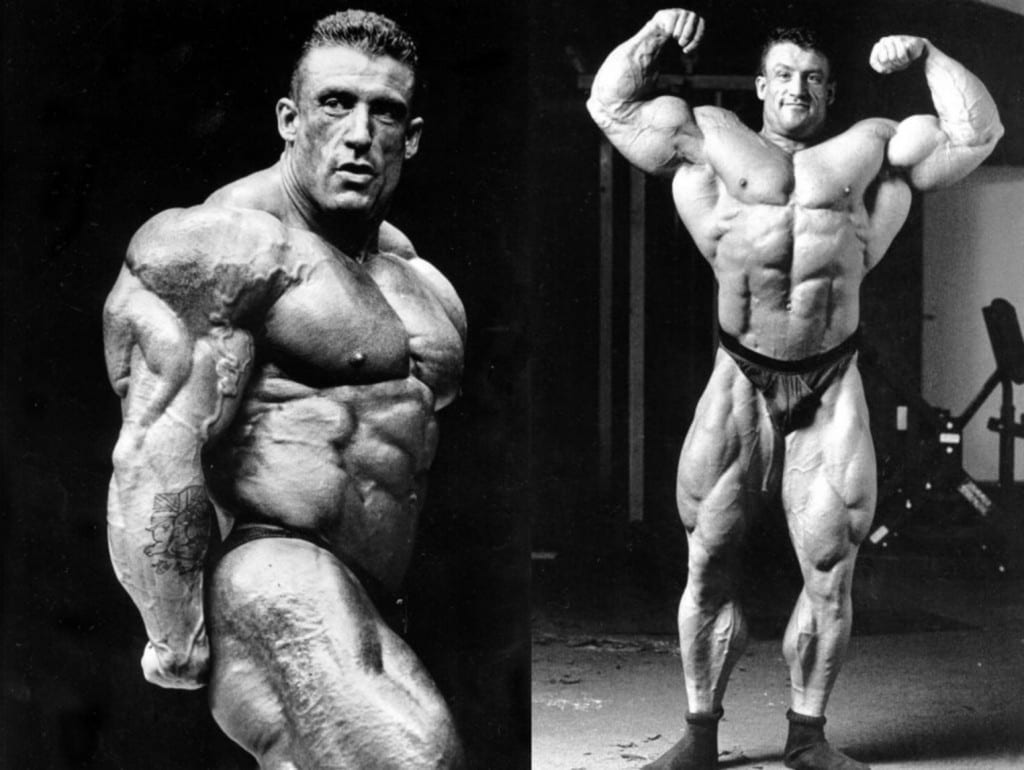 Focus on your Conditioning

This seems to be a very popular topic of conversation as of late in the industry and showing up out of shape for a competition has become far too common; even at the pro level. Dorian was always a stickler for conditioning and he said that he always sacrificed some of his size so that he would be ultra-shredded come contest time. Even though Dorian is known for starting the whole mass monster era, he told us that he probably could’ve competed at a higher body weight if he wasn’t so concerned with being as ripped as possible as he believed that’s what wins contests.

Once a badass, always a badass

Walking down the street in one of my country’s busiest cities with Dorian Yates was an experience I won’t forget. The air of confidence he had, the way he dealt with all the people who wanted to stop and take pictures with him and the fact that when we got to the restaurant where we were going to eat and there were no tables to sit at and then watching him go over to a table where other IFBB Pros were sitting and telling them to hurry up and finish so that we could sit down was awesome! Dorian was the man and he knew it. Everyone respected him, enjoyed the stories he told of past competitions, admired the fact that he never once doubted if he would win the Olympia titles that he did and appreciated the fact that he could care less about what anyone else was doing, or thought about what he was doing because he did things his way and that’s how it was going to be. 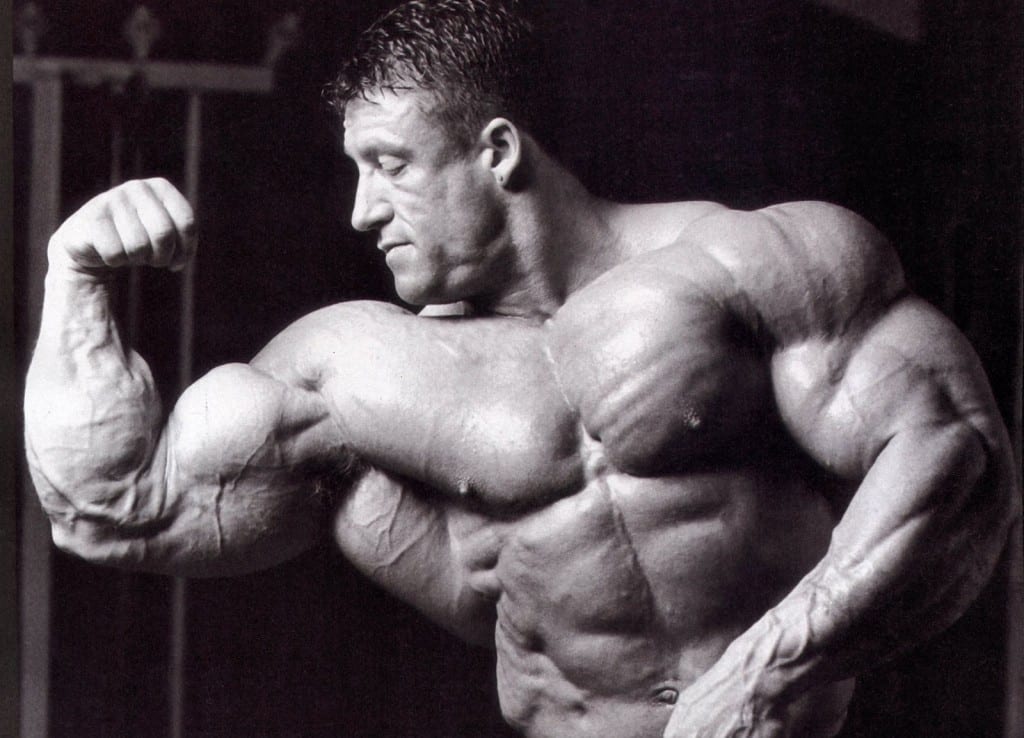 If you ever get the chance to meet a legend like Dorian Yates, I suggest you pay attention and soak up every bit of information you can. This was an experience I won’t soon forget and one I hope you all get to experience one day yourselves.