What foods you must avoid before sleep?

After a long day of work we all like to sit in front of the TV and veg-out to our favorite late-night programming.

Only one problem – it’s been a few hours since you’ve had dinner and you’re starting to feel hungry.

Now we aren’t about to tell you to starve yourself – after all, if you have budgeted for these calories then you should be good to go. Having said that, there are some foods you absolutely want to avoid.

Eating the wrong foods late at night can end up adding extra fat right to your stomach not to mention it can mess up your sleep – which is important for building muscle mass and recovering from your previous workout.

Don’t worry though – we’ve put together a list of foods to avoid so you have no excuse to eat unhealthy before bed! 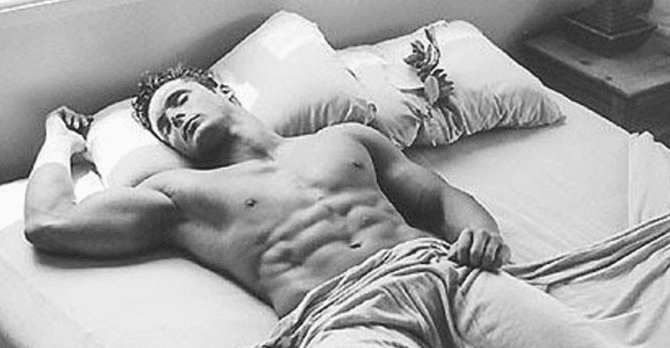 We all love having a late-night bowl of cereal – especially those ones with tons of added sugar.

However, if you get into the habit of eating cereal late at night you can kiss those six pack abs goodnight.

The issue with cereals is that they are loaded with sugar which causes your blood sugar level to spike.

Remember that your metabolism tends to be slower at night so you will be more likely to store those calories as fat as a result.

Also the calories are mostly simple carbs which is the last thing your body needs late at night!

Instead of cereal, try having homemade popcorn.

Note that we aren’t talking about the microwave popcorn that is slathered in butter – that stuff is loaded with nasty preservatives. Homemade popcorn on the other hand contains slow-digesting carbs that won’t cause you to put on fat or interrupt your sleep.

The other benefit of homemade popcorn is that it’s low on calories.

Only 90 calories for three cups which should be plenty and they can be prepared right on your stove top. One 90-calorie serving should get you through your late night programming without jeopardizing your physique.

Although this is one of the most popular late-night snacks out there we recommend avoiding it entirely.

First of all, most ice creams are loaded with sugar which as mentioned above will boost up your blood sugar and cause you to gain more fat.

Additionally, ice cream contains a lot of fat which will fire up the digestive system and interrupt your sleep.

Remember that getting plenty of sleep is important for muscle growth, recovery and general health.

In addition to interrupting your sleep due to the fact that it puts your digestive system to work, a lot of ice creams also contain caffein.

We all love those coffee and espresso ice cream flavors but that extra caffeine jolt is going to wake you up at a time when you should be relaxing and winding-down for bed.

Instead of eating ice cream before bed, try having some cottage cheese. This popular bodybuilding snack is loaded with casein protein which digests very slowly.

As a result, your body feels full throughout the night and your body gets a steady supply of amino acids.

If you want to improve the taste try adding some chia seeds which add lots of fiber not to mention they will help you feel even more full – a great alternative to sugary snacks which mess up your sleep and make you feel more awake.

This one has become very popular over the last few years because not only is it delicious but it also contains lots of antioxidants that are beneficial for your health.

Having said that, dark chocolate is something you should be consuming during the day, not late at night.

Chocolate tends to contain stimulants like caffeine and as a result will get you feeling energized when you should be winding down.

As a result, you will end up getting to sleep later and missing out on the 8 hours of sleep you really need.

When you are sleeping your body goes into repair overdrive – it releases lots of testosterone, repairs muscle tissue and recharges your energy levels.

As beneficial as the antioxidants in dark chocolate might be they are nowhere near as important as a good night of sleep.

We don’t really have a solid alternative for this one – just have it earlier in the day!

Most people think that fruit-flavored yogurts are healthy.

We are here to tell you that is not necessarily the case.

You see, most of these yogurts are loaded with sugar which as we have mentioned several times already is something you want to be avoiding.

The problem with these yogurts is that not only does the fruit contain sugar but there are also added refined sugar!

Rather than consuming fruit-flavored yogurt try having plain yogurt with no added sugar and mix in some vanilla extract for taste.

This way you still get the healthy bacteria of yogurt and the protein without the sugar rush.

Greek yogurt in particularly is heavy on the protein!

If you aren’t able to have these straight up a 0 calorie vanilla extract will improve the taste to the point where you will think that you are eating one of your favorite fruit-flavored yogurts.

Yet another late-night favorite.

Who doesn’t like tearing open a bag of pretzels and pouring them into a bowl (or eating straight out of the bag) while you watch the latest episode of Game of Thrones? Most people assume these are healthier than chips but you might change your thoughts on that after reading what comes next.

The issue here is that pretzels are made with processed flour which means they are simple carbs and therefore encourage your body to put on more fat.

Remember your metabolism is low late in the day so your body won’t really be able to burn off those carbs effectively, not to mention they can disrupt your sleep.

Finally, most people don’t bother to measure the pretzels which usually leads to over-indulging.

Rather than eating pretzels try having seaweed snacks. They are very convenient and inexpensive to purchase.

They can be purchased in a variety of flavors and contain barely any calories at all. Not to mention they have some natural vitamins that will be beneficial to your health.