One of the great things about bodybuilding is that the sport is constantly changing. The training techniques used by the top bodybuilders of the 60s are very different from what people are doing now. Additionally, as new scientific research and supplements become available, the gains bodybuilders are able to make today are far greater than anything the old school guys could have dreamed of.

Despite the availability of information online there is still a lot of bad or outdated information out there. That’s why we’ve put together a list of 4 things you probably didn’t know about bodybuilding. Check out the list below and make adjustments to your own program if they apply to you.

1) You Can Build Muscle Mass With Light Weights

One of the most common pieces of advice out there is that you need to lift heavy in order to get big. While lifting heavy certainly will put on mass, it also puts you at higher risk of injury particularly when your form breaks down in order to lift a heavier weight. We’ve all seen those YouTube videos of guys at the gym doing terrible form on the squat or deadlift. We know they are setting themselves up for a major injury any day, but for whatever reason they insist on trying to move weights that are more than they can handle safely.

Some new studies have been coming out that show that you can lift as little as 35% of your 1RM and build significant muscle mass. What makes a lot of us ignore these studies is that they are often done on people who have never lifted before and are going through the noob-gains phase. In other words, just about any type of training will work on them so the studies aren’t very conclusive. However, some of the new studies are now being done on experienced bodybuilders.

One study divided guys into two groups: one that trained in the hypertrophy rep range (6-12 reps, heavy weight) while other used lighter weights in the 20-30 rep range. After 2 months of training, the two groups showed similar development in the arms, legs and back.

After diving more into the results, it was determined that the high-rep training was more effective at working the type 1 fibers, which resulted in those muscles developing faster. So what did we learn from this study? It’s best to incorporate both low rep and high rep training in order to make sure both the type 1 and type 2 muscle fibers are being worked properly. Also, if you are recovering from a minor injury that doesn’t allow you to lift heavy there is no need to get worried – you can still make gains from training exclusively with higher rep ranges. 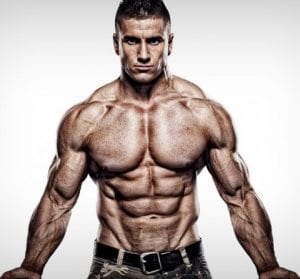 A lot of bodybuilders rely on pain pills such as Advil or Motrin after working out in order to reduce the inflammation in their muscles. While this technique might make your muscles feel less sore in the short-term, it is likely that they will hurt your overall development in the long run!

It’s important to note that this advice only applies to young (under 40), healthy guys. For older guys chronic inflammation can be an issue which, unlike occasional inflammation caused by training, is actually bad for long-term muscle growth. Therefore, unless you are an older dude with chronic inflammation you should avoid using painkillers above very small dosages.

We all know what happens when you stop lifting weights. Your muscles start to shrink and eventually go back to whatever sort of physique you had before you started working out. People stop training for a variety of reasons – injuries, sickness, lifestyle changes, etc. What is discouraging is seeing that body you worked so hard for disappear. A lot of guys remember how hard it was to build the body in the first place and decide they don’t want to go through all that trouble again. Fortunately, it’s a lot easier the second time around.

Although your muscles might shrink, you still have the satellite cells in your body that are standing by ready to speed the hypertrophy process along. As a result, the body that took you a year to build the first time around might only take 3-6 months the second time around.

Almost every serious bodybuilder out there makes it a point to consume a protein shake right after working out. After all, if you don’t get protein right away after training your body will go catabolic, right? That’s why you see so many guys bring their shaker cup to the gym, or in some cases they keep an entire tub of whey protein in their locker so they can mix it right then and there!

As it turns out, a number of new studies are proving that isn’t necessarily the case. The truth is, most studies show that it’s not WHEN you consume protein but HOW MUCH you consume. That’s not to say you shouldn’t have a protein shake after working out – if it fits your macros and it has been awhile since you’ve consumed a high-protein meal then go for it. However, if your main focus is making sure that you will maximize the gains from each workout you should focus on bringing your testosterone levels up with a testosterone booster. Having high testosterone levels will result in converting more of those calories to muscle (rather than fat) and will give you the energy you need to lift at a high level and recover quickly.