Back in 2014, David Carter weighed 285 pounds and was working his way back up to 300. He had just signed with the Oakland Raiders, and was adding ice cream shakes and entire gallons of milk to his diet.

But he was also in pain. His shoulder hurt, he was battling tendonitis, and three fingers on his hand were numb. He chalked it up to part of being a professional football player, specifically a bruising defensive lineman in the NFL.

Apparently, he’d soon learn, a life in pain didn’t have to be a given. Carter’s life changed when he learned, from a documentary on veganism, that dairy contributes to some forms of tendonitis. His own tendonitis had gotten so bad that he struggled to lift himself out of the bathtub. “I realized I was making everything worse,” he says. “I was feeding the tendonitis, the muscle fatigue, everything. So the next day I went vegan. The first thing I ate was a bean burger and haven’t eaten meat since.” 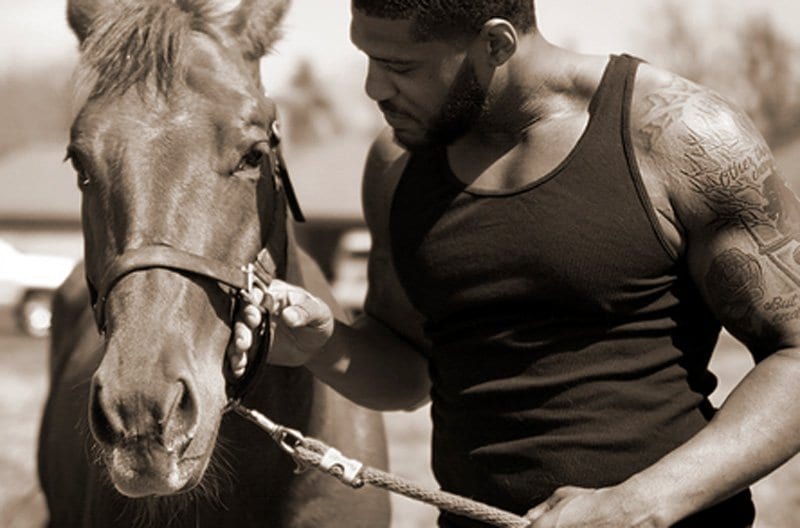 Maintaining weight is important though, since defensive linemen are weighed regularly and no one wants to look puny at 250 pounds. In the first month after going vegan, Carter lost 40 pounds. But he was running farther and faster, lifting heavier weight, and within two months all the pain in his joints had disappeared. Carter’s been able to get back up to 300 pounds, and is leaner and faster now than when he ate animals and their byproducts. And as of a few weeks ago, he’s officially playing for the Chicago Bears.

“I realized I was making everything worse. I was feeding the tendinitis, the muscle fatigue, everything. So the next day I went vegan.”

It takes extra effort to maintain that kind of weight with a vegan diet, specifically 10,000 calories worth of effort, which works out to five meals a day plus four 20-ounce shakes between them. It means that Carter is eating every two hours, and eating hard. Those smoothies aren’t even a break. Instead of dairy, Carter uses cannellini beans and sunflower seeds to give them protein and body—even brightened up with fruit it’s a feat to choke them down. He starts each morning with a huge batch of the bean smoothies in his Vitamix blender (enough to total 100 grams of protein) which he divvies up for the course of the day. And on top of that, there’s grazing on homemade, probiotic sauerkraut throughout the day. 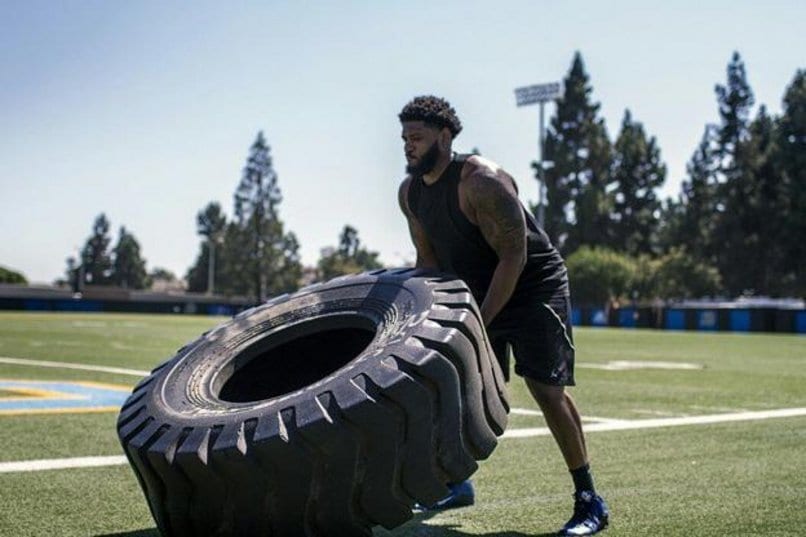 So while some athletes crave to cheat on their diet by sneaking curly fries or tiramisu, Carter just wishes he could skip a meal. But during what he calls “Operation Weight Gain” in the offseason, there’s no room to miss a single one.

“I try to eat 1.2 grams of protein per pound per day,” he says, “otherwise it’s really hard to gain weight.”

The protein comes from a lot of different places—rice and beans, which together make complete protein; whole grains like millet, quinoa, and couscous; supplements like spirulina and hemp protein; and nuts, which give Carter one of his favorite ingredients, cashew cheese made with nutritional yeast. [SIDE NOTE: Coming from a non-vegan, I can vouch that this is delicious, and better on nachos than even actual cheese.]

“Instead of dairy Carter uses cannellini beans and sunflower seeds to give them protein and body—even brightened up with fruit it’s a feat to choke them down.” 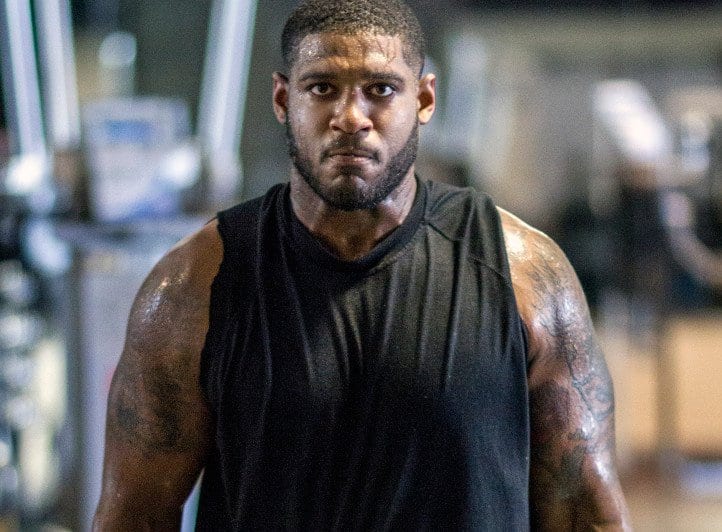 Carter enjoys showing people that vegans have more options available than just celery stalks, and he’s also upending people’s ideas about what vegans look like. When he tells people he’s vegan, it always catches them off guard. “People ask me if I want to get a steak and I tell them I actually don’t eat that, or any meat or dairy. They’re usually thinking, ‘Wait, you’re supposed to be small and weak.’ But of course they can’t say that when they’re looking at me.”

Another lunch
More of the brown rice and black bean combo

Dinner
Couscous with onion and garlic, and spinach salad with bell peppers