Even the biggest of men started out as a skinny person.

If you require evidence of this statement, there are some great before and after photos of one of the world’s best known and most successful bodybuilders.

You would have thought that Arnold has been in great shape since he left his mother’s womb as a baby.  It was when he was 14 years old that he started lifting weights instead of playing soccer in his homeland of Austria.

By the time he was 15 years old, he was already massive. 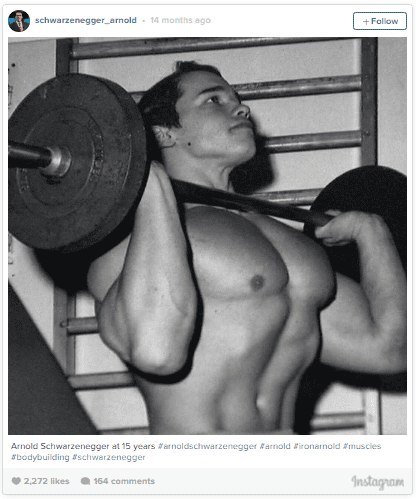 While most 16 year olds have skinny arms and are barely 10 stone dripping wet, Arnold was packing some serious muscle. 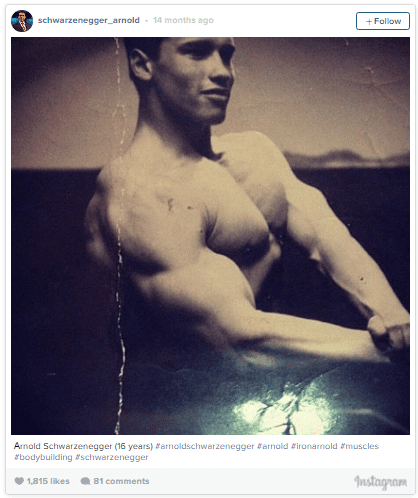 He joined the Austrian Army at the age of 18 to complete his national service, but this didn’t stop him from lifting weights.

This is when he managed to capture his first bodybuilding competition at the Junior Mr. Europe title. He went missing from the barracks in order to compete and was sent to jail for a week as a result. 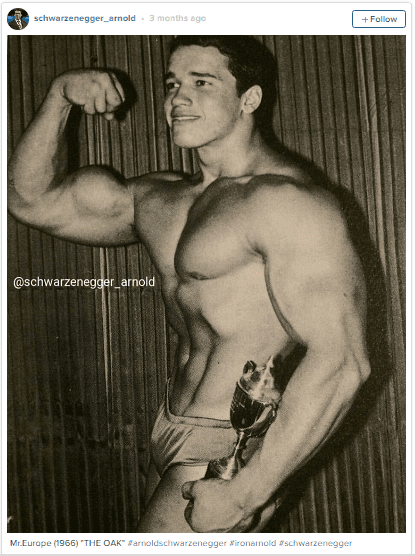 It was thereafter that he emigrated to England and trained there to build the physique that would allow him to capture the Mr Universe title in 1967, the youngest person to do so, as he was only 20 years old.

After winning it again the following year, he took his talent o the United States where he would capture the Mr. Olympia title a total of 7 times and became one of the greatest bodybuilders of all time.