If you are in the gym and putting in effort, I don’t care how fat or out of shape you are, you will have my respect. That being said, there are “those” kinds of fat guys that every gym has.

You know the ones I’m talking about.

The fat douchey cock goblins that think they are something they are not and have abilities that they do not really possess. I’m just going to jump right into what I’m talking about.

1. They think they are strong

I’ve met numerous fat guys in the gym who truly believe they are capable of these herculean feats of strength. They brag about how much they can lift and how great they are during Festivus.

Here’s the thing though, these guys aren’t powerlifters.

They may pretend that they eat and train like one but they sure as hell don’t compete. And for all of their bragging you never actually see them working out much.

Even if they can actually bench over 400 lbs, it’s not as impressive since they are 350 lbs themselves and just bounce the weight off of their giant, blubber tire of a gut that is nearly at the height of the racked bar to begin with.

Their range of motion is like two inches. Not so impressive.

2. They think they can fight

How many of you have encountered a big ol’ bald headed Billy badass with head tattoos type at the gym?

These guys will talk about “whoopin’” ass and acting like they are the most ruthless motherfuckers on the block.

What really makes me laugh is how these jockstrap lickers truly believe they can fight simply because they are so big.

Generally, these kinds of guys are pretty tall, very heavy, and have a bad attitude, which all combine to help intimidate smaller guys.

Realistically though, their only fighting experience is probably with other equally or fatter, out of shape men.

You know damn well if you ran into this kind of guy at the bar he would be all talk. Even if he did start a fight he will be completely winded within a minute.

3. They have no body shame.

For whatever reason, the guys with the fattest, palest, most disgusting acne and matted hair covered bodies are the ones who insist on constantly being shirtless. Often times the shirtless thing is just outside of the gym, but their gym attire is not much better.

It’s only made that much worse when you walk past a bench, see flabby, hairy man ass sticking halfway out of a sweatpants and shirt gap, and look on in horror as his greasy back fat and colossal butt crack smear all over the bench.

Gives me the heebie jeebies just thinking about it.

Seriously though these are the people who should be covered up the most.

I don’t want to see Roseanne season 5 John Goodman working out in the neon one piece swimsuit from Borat.

4. They believe they can be athletic if they want

The older you get; the greater chance you will see people you went to high school with now looking like pre CrossFit Rick Ross.

A lot of the guys still hold on to their glory days of high school football when they, which was most likely the only time in their lives, were in good shape.

And even though they spent their 20’s turning into fat drunken slobs, they still insist that if they really wanted to, they could go right back to that athletic shape.

Warped memories of their youth make them think they were like speedy Gonzales, when in reality they were barely regular Gonzales.

Another thing is that they have this weird self-confidence where they think some sexy muscle man is hiding under the fat rolls and a few weeks at the gym would easily reveal him.

They also believe they can still play football, basketball, hockey, or any other sport like they aren’t some out of shape slob who would only get in the way of the real players.

When I played basketball at my old gym these were the guys who only ran up the court a few times, never played defense, never scored yet took half of the shots, and always ended up with a twisted ankle.

I’ve seen many of these guys join the gym in their late 30’s trying to regain some of that past glory.

They turn into half assed weekend warriors who think they will be back in shape in no time.

They usually make it a month before going right back to their shitty ways.

5. They think they truly train harder than you

A lot of fat guys in the gym have this sense that because exercise is really hard for them, and they feel like complete dog shit during and after every workout, that they are working out very hard.

To be fair this is true: when you are out of shape every workout will be hard.

Especially when you are really heavy. It takes a lot of energy to move that overflowing summer dumpster that you call a body.

The issue doesn’t reside in that aspect, but rather the fact that some of these guys will start to brag about their workouts.

Brag as in mockingly suggest that they train much harder than you.

After all, you probably don’t have taint sweat dripping down your legs like they do during every gym session.

Then again, why would you want to?

6. It’s all muscle under that fat

This one makes me giggle.

I’ve heard many of fatties talking about they are solid muscle under the blubber: they think they are kingpin or some shit.

Well I’m sorry to say but not all fat guys are strongman athletes.

You can tell when a guy has solid muscle under his fat. Just look at the traps, neck, and forearms.

You might be fatter than the average Joe because of your genetics.

You aren’t allowed in Golden Corral because you choose to do all of your shopping from a Walmart mobility scooter.

There’s a difference in the cause of your fatness.

8. They believe they can be shredded if they really want

I find it strange that out of all the fat people I’ve met at gyms over the years, most of them really believe that they could get shredded as fuark just by changing their diet.

Like willpower and effort will magically erase 80 lbs of fat without causing loose skin.

What I’ve heard most is something like “I could get a six pack but I don’t want to lose muscle size by cutting.” Yeah okay.

I know it’s not just fat guys that do this, but generally the lazy people are the ones who hog equipment without actually using it.

And if science has taught me anything, it’s that fat people tend to be quite lazy.

Oh, you’re going to do a set of squats in the only squat rack.

But you will still stand and or sit inside that platform until you are well rested enough for that set of half rep squats.

Fuck it I will just bench press. I don’t need to leg day anyway.

Wait, you are using the bench too huh? Well not really using it. Just kind of sitting around it with your fat lazy ass touching the spot where people’s heads go.

Sure would be a shame if I gave you the Stinger Splash as you’re leaning against the corner of that unused squat rack and then proceeded to tea bag your swollen corpse.

Do you know what a fat guy’s main two exercises are?

Because they require the least amount of movement while being able to “show off” how “strong” they are.

Not to mention that these are the two easiest exercises to cheat at for a fat guy.

The bench press he can just bounce the weights off his chest, while the bicep curls are much easier when you swing and use your back for momentum.

Some fat guys are so good at bench pressing because it’s all they fucking do.

That’s one of the reasons that they are so fat.

Next time you go to a packed gym, look around and see if you can spot some of these bad fat guy behaviors.

(Look after your workout you dick turd. Don’t waste a good workout on hippo watching.)

Have any of you guys experienced these things?

Are any of you good fellows one or more of the fat guys described and want to tell me to go fuck myself?

Please let me know in the comments and we can have a fun little dialogue.

As always, chug a bowl of gravy or die trying. 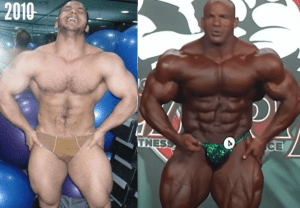 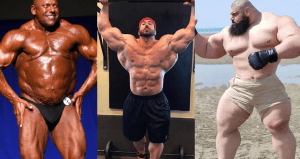