Have you seen women lifting weights?

Go into any gym and it will seem as though there are no female members.

The free weights, squat rack and other resistance training equipment seems to be occupied exclusively by men!

However, when you walk over to the cardio equipment and the classes all of a sudden you realize that there is a definite split in the type of exercises men and women are doing.

While cardio certainly has it’s role to play in body composition improvement – it’s not meant as a replacement for resistance training.

In fact, women should spend more time lifting weights as they can benefit significantly from training this way.

Yet many don’t as they fear they will become muscular and un-feminine.

This article aims to dispel that rumor and show women all the benefits that can be had from lifting weights.

Women lifting weights- this is what women need to know:

Women Lifting Weights – 10 Reasons Why All Women Should Lift 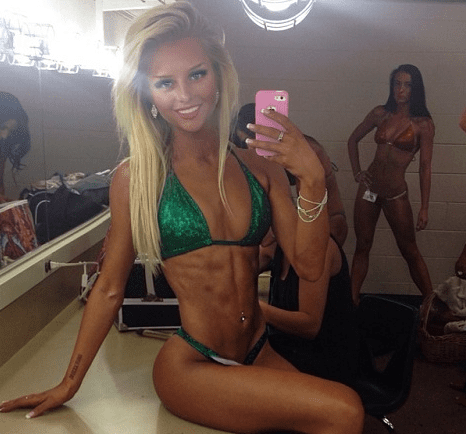 Burn More Calories Around the Clock

When you perform resistance training you actually boost your metabolism throughout the day.

That means you are burning more calories even when you are sitting on the couch watching TV. It does this through a process called mitochondrial biogenesis.

It’s a result of more mitochondria in the cells – these are powerful cells that actually boost your metabolic rate.

There are tons of studies out there that show how resistance training boosts the strength of your metabolism while cardio can actually do the opposite.

Many women end up skinny-fat from doing too much cardio which slows down their metabolism and burns off muscle mass. As a result while they aren’t fat they don’t have that coveted flat stomach look that they want.

It Actually Speeds Up Fat Loss

Look we get that most women don’t want to look like Jay Cutler and that’s fine – resistance training won’t have you looking like that.

What it will do is actually speed up the rate at which you lose fat. You see, focusing exclusively on cardio will actually make it harder to lose fat because your metabolism will drop in response.

As a result, you will have to do more and more cardio to compensate for the fact that your metabolism isn’t cooperating.

Therefore the best way to make sure you consistently lose fat is by doing resistance training and keeping cardio sessions limited.

Improves the Shape of your Body

Women tend to want to look very cut and lean, which is fine except they are going about it the wrong way.

They seem to think that doing tons of cardio will help them achieve that look when in fact it will just result in muscle loss and the fat will still sit there.

As a result they end up with a soft look that isn’t quite what they were hoping for. Instead, the best way to look lean and curvy is to train for strength and muscle. This way you maintain or even build some muscle mass while cutting away fat.

As a result you are left with a nice, lean cut physique with very little fat.

You will look great in just about any outfit and will feel better about your body in general. Ever notice how women who do resistance training tend to be the most confident about their bodies?

Most women who join the gym feel depressed with their body so they do a ton of cardio to try and fix the issue. Instead it makes things worse for the reasons discussed above. What they should do is grab some free weights and do resistance training.

Training with weights has been shown through numerous studies to reduce stress, depression and anxiety not to mention your body will look a hell of a lot better, thereby boosting your self-esteem. 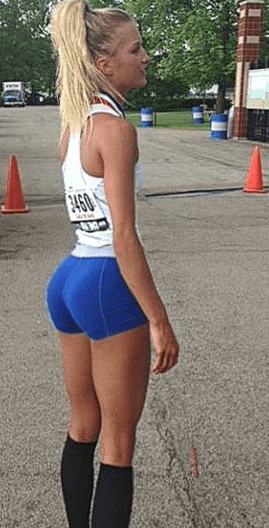 Osteoporosis is actually more common in females than in males. This is a result of lack of physical activity particularly resistance training. By lifting weights they will be training their body to stay strong and particularly improve the density and strength of their bones.

This will reduce the chances of ending up with a bone fracture and improve your overall quality of life as you age.

While women tend to produce more estrogen they still do produce some testosterone.

That’s not to say they will end up hairy and with deep voices like men – they will just get the positive effects like better mood, more energy and higher sex drive.

It Will NOT Make You Bulky

Way too many women still believe that training with weights will make them bulky.

As if doing a couple sets of bench press will turn them into Arnold Schwarzenegger (if only it were that easy!) The truth is that it takes years of dedicated training and dieting to build mass – so doing some resistance training isn’t going to suddenly turn them into She-Hulk.

Just like men, females should be aiming for at least 8 hours of sleep each night. Unfortunately many of them fall short of this due to stress, mood and anxiety. Fortunately there are lots of studies that show resistance training as a way to improve the quality and duration of sleep.

As a result, women will feel more energetic throughout the day, be in a better mood and also feel less stressed. 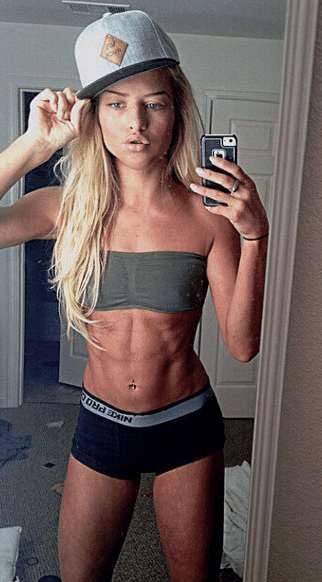 People who lift weights tend to have more energy and feel younger throughout the day. While spending an hour on the treadmill tends to leave people feeling exhausted, lifting weights makes people feel good!

It relaxes you and puts you in a good mood – not to mention it doesn’t sap your energy for all the important other things you have to do.

As a result, your body will be able to recover from exercise more effectively and you will be less likely to store calories consumed as fat.