While history, calendars, and weather patterns would lead you to believe in the existence of four unique seasons, as a bodybuilder/meathead/bro, you’re well aware that in reality there are only two seasons – Bulking and Cutting.

Bulking season (AKA your excuse for neglecting cardio and avoiding anything that resembles a structured diet) has finally ended after 11 long, simple carbohydrate-filled months, and the summer of shred is now upon us. In theory, this magical dichotomy is fairly straightforward: pack on as much muscle as possible, then use that meat base as muscle clay with which to chisel a rippling physique.

Easy as pie, right? Bitches will swoon, bros will mire, and you’ll be lauded as the second coming of Jesus Christ, whose real name is actually Ahhhhhnold.

Except it’s not easy as pie, which you’ll be eating none of if you have any hope of turning those six pack pipe dreams into any kind of reality. Vascularity, that fabled trait that every bro thinks they’ve achieved after noticing their first bicep vein, is as elusive as it is desired.

Because the methods used to cut body fat – reducing calories, tracking macronutrients, increasing cardio, etc. – are about as enjoyable as grabbing a meat cleaver and completing the process by hand. Even if you do dedicate yourself wholly to the goal of swoll, the odds of you achieving that dreamt-of beach body are close to nil.

A) the second your max bench drops by 10 pounds (which it will, if you actually diet)

B) looking more like the starving Crackhead in those Busted Magazines than a physique model.

Nevertheless, for those masochists willing to commit themselves to a regimen of eating every three hours, obliterating gains doing cardio, and avoiding alcohol, fun, and every food that isn’t unsalted chicken breast, the risk is worth the reward.

Women love the “lean” look, and there’s nothing like having abs you could grate cheese on or bulging veins that would make a leaf jealous. Here’s some motivation for those select few determined to craft that always-pumped, more-veins-than-skin type of body that inspires both admiration and revulsion.

1. This guy, whose blood type is apparently mercury. 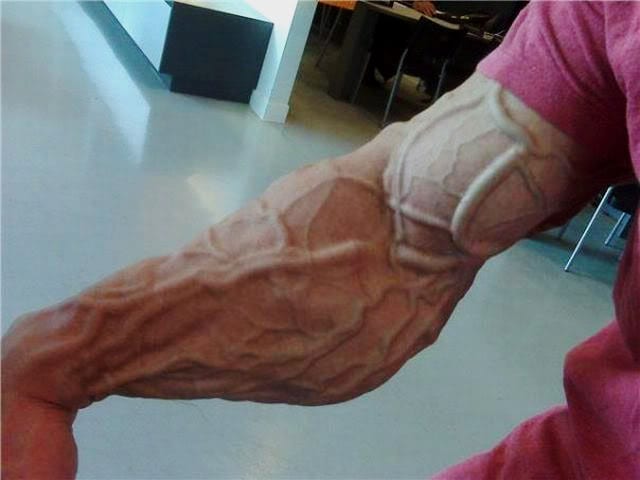 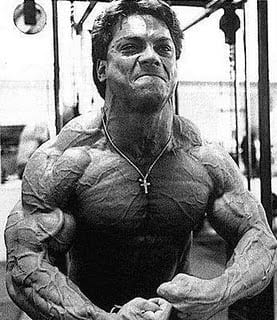 3. Is this a human being or a complex tree root system? 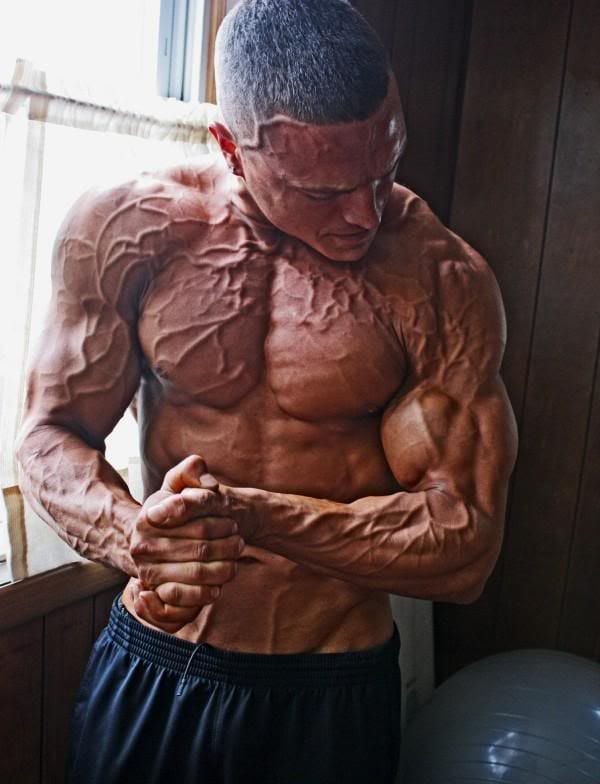 4. This terrifying bit of proof that you can definitely be too vascular. This is what I imagine a leather jacket made of discarded foreskins would look like. 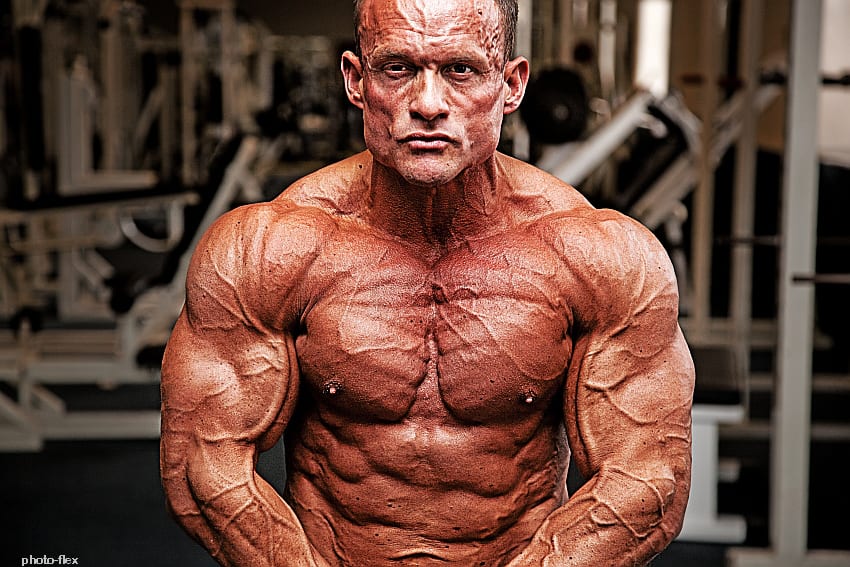 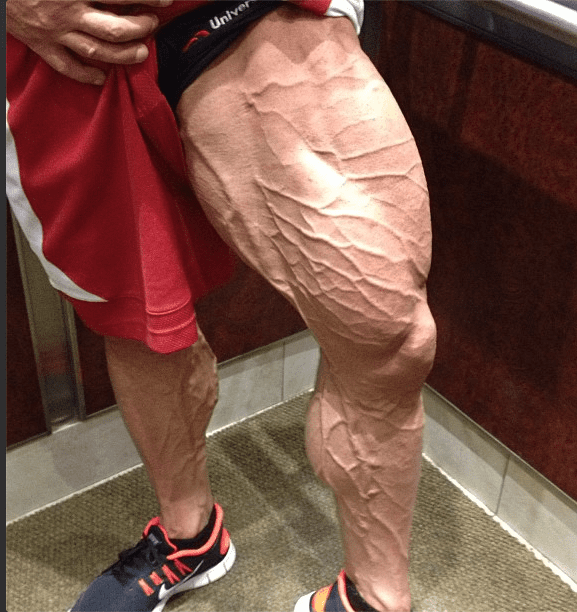 6. Vascularity? Attractive. Looking like you’ve got one of those hell beetles from The Mummy burrowing into your arms? Not so much.

7. Seriously though, what the fuck is going on here? 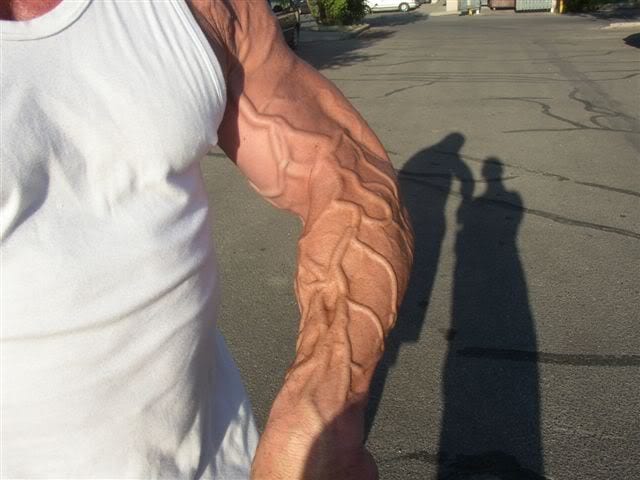 8. PRO TIP: spray tan religiously to further accentuate your freakishly bulging veins. Or do like this guy and just roll around in a pile of Doritos crumbs. 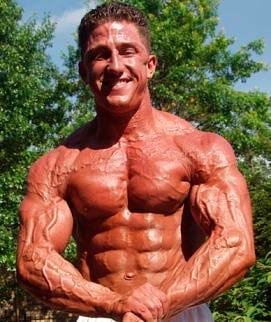 9. All natural. Just like the ingredients found in that Radioactive Electric Shockberry pre-workout that you’ve developed a 7-scoop tolerance to. 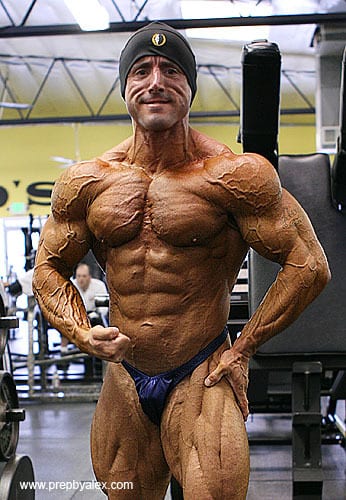 10. This guy, who adheres to a strict diet of placenta, live sharks, and weapons-grade plutonium. 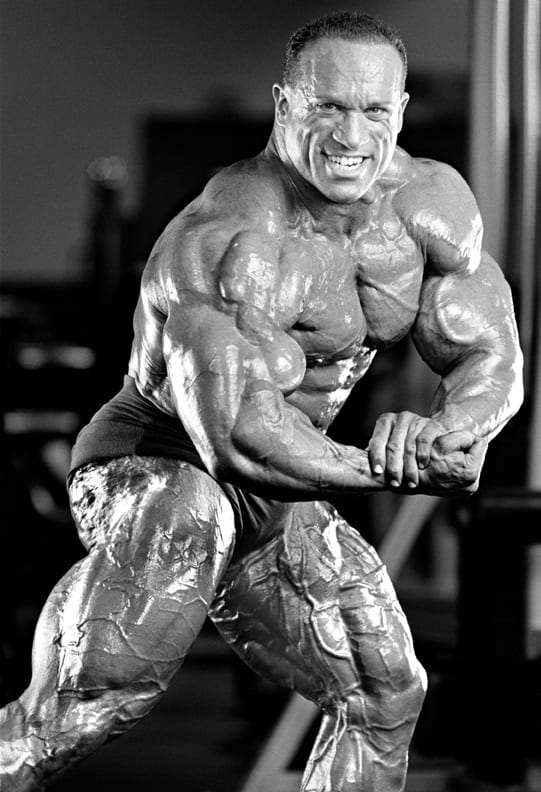